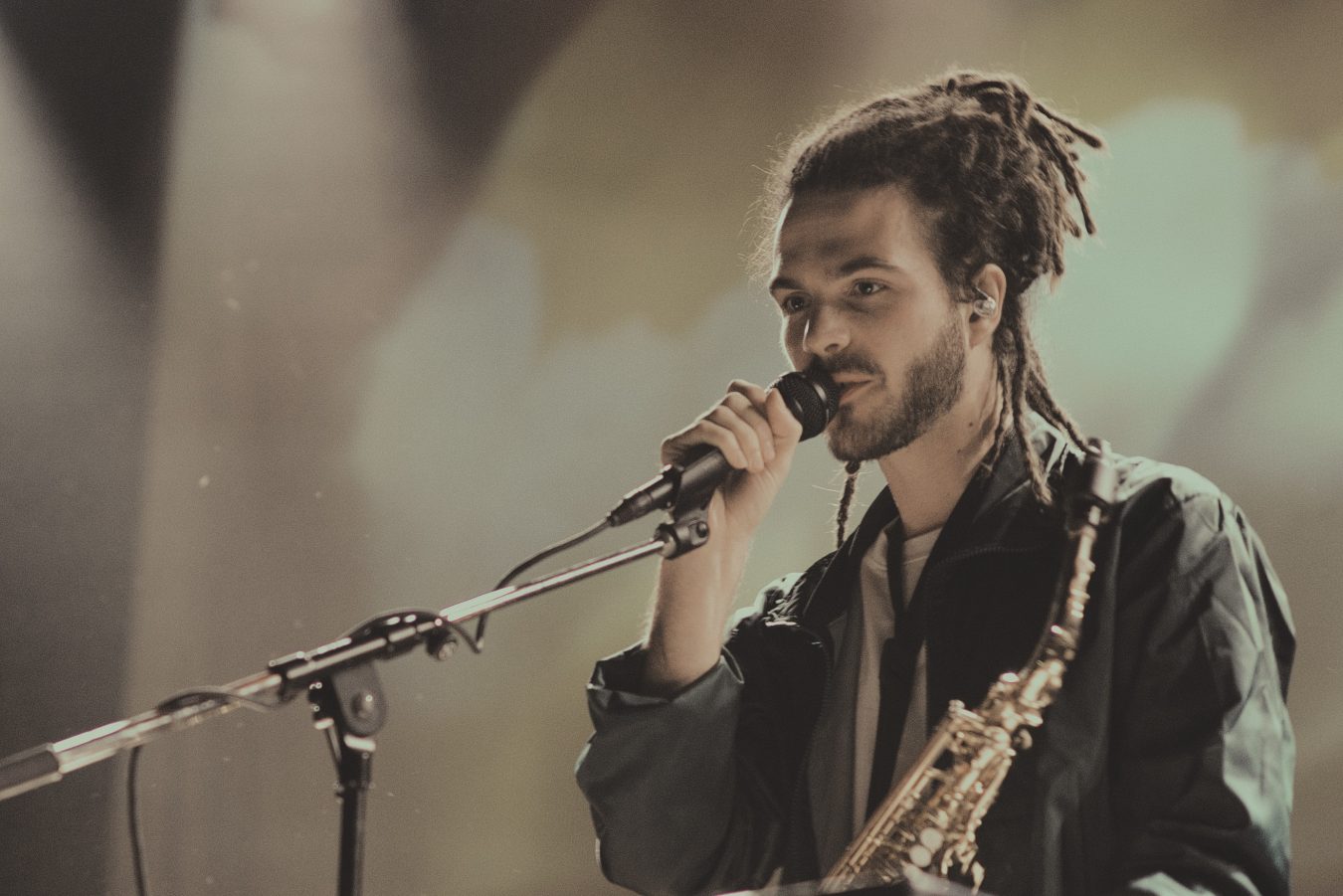 June Marieezy, aka (((O))) was an unexpected surprise for me. However, I soon remembered that she was the standout voice on the fifth track of FKJ’s self-titled debut album, “Vibin’ Out”. For the first few minutes, she sat in front of the stage in a meditative position with angelic vocals echoing from the speakers. The audience and myself included were a bit thrown off by this at first. But then a beat emerged, (((O))) stood up, took hold of the mic, and blew vocals that made the crowd go nuts. Her opening performance was absolutely mystical from beginning to end. From her calming vocals, and meditative flute playing, (((O))) mystical, laid-back performance put me, as well as the audience into a soothing musical trance.

In 2013, I was in high school, scrolling through SoundCloud looking for some new tunes. In doing so, I came across an EP titled, “Time For A Change”. This groovy, laid-back EP was the brainchild of French multi-instrumentalist, singer, and producer French Kiwi Juice or FKJ. I’ve been a fan ever since, and both watching and capturing him perform live four years later was an absolute dream come true. I knew he could play multiple instruments, but watching him actually do it live on stage was an absolute trip. The soothing sounds of his saxophone, the head banging grooves of his bass guitar, and his dreamlike synthesizer piano keys teleported me and the crowd to another dimension. Using a beat machine to record the hollering of the audience, and then using that holler and making it apart of an improvised song was a standout moment for me. Another one was (((O))) returning to the stage to perform their song “Vibin’ Out”. FKJ transformed Metro into a hype, funk house party.