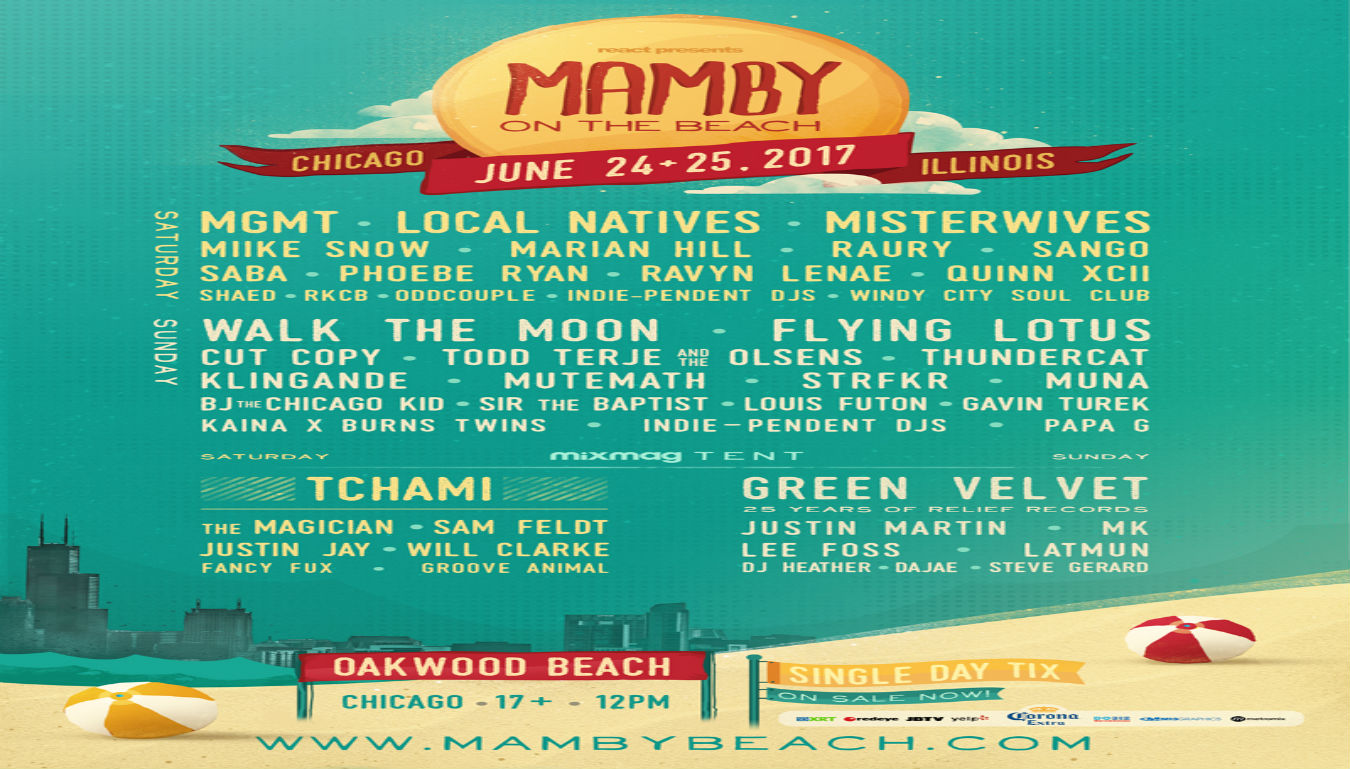 We may still be stuck in the tail end of winter, but you can now think warm thoughts! Mamby on the Beach, Chicago’s hot beachside festival, just unveiled its awesome lineup for 2017. Rather than dropping a press released online, the festival went for something creative and create a mural on Milwaukee Ave on the side of East Room for the announcement. Check out this cool time-lapse video of the mural being created here.

Headliners for this year include MGMT, Walk the Moon, Flying Lotus, Local Native, Misterwices, Green Velvet, and Tchami. Other artists are the bill include Marian Hill, Mike Snow, Cut Copy, Thundercat, BJ the Chicago Kid, Mutemath, Justin Martin, and Sam Feldt to name a few. The festival takes place at Oakwood Beach from June 24 – 25. Check out the complete lineup below.

Tickets for the festival are on sale now. Two-day general admission passes start at 79.99 while a two-day VIP pass costs 149.99. Get tickets here. 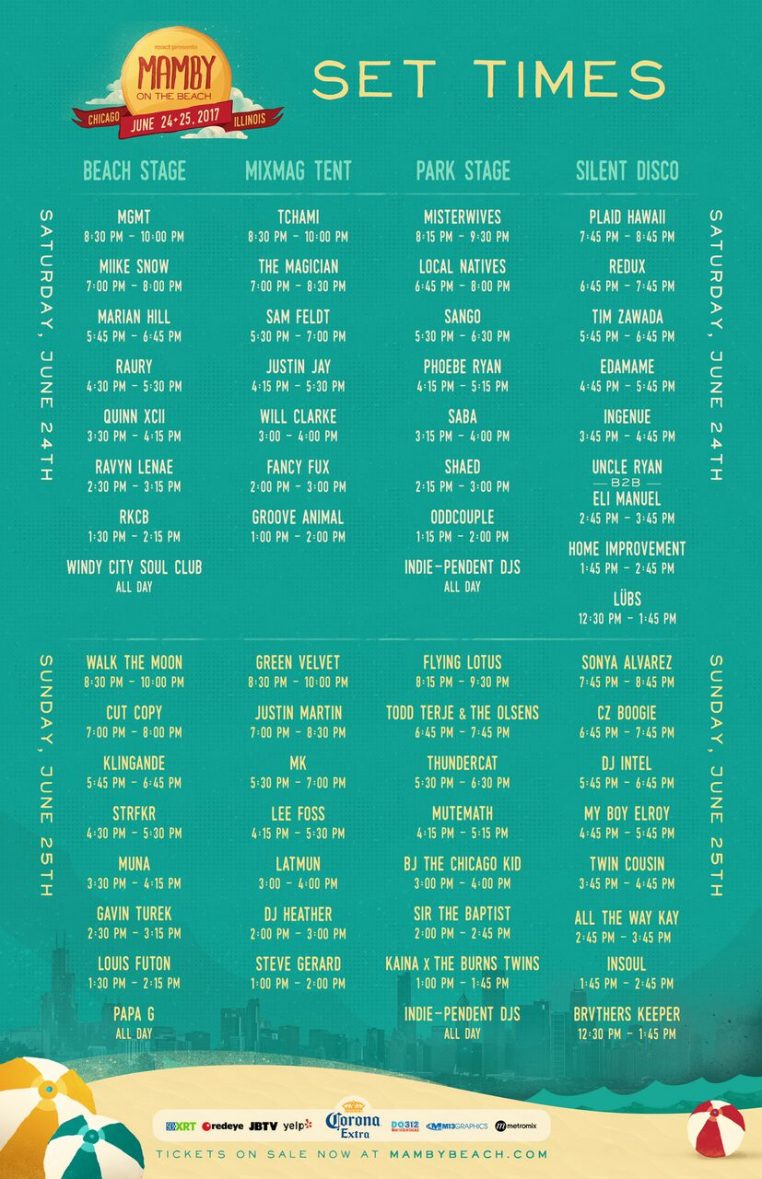