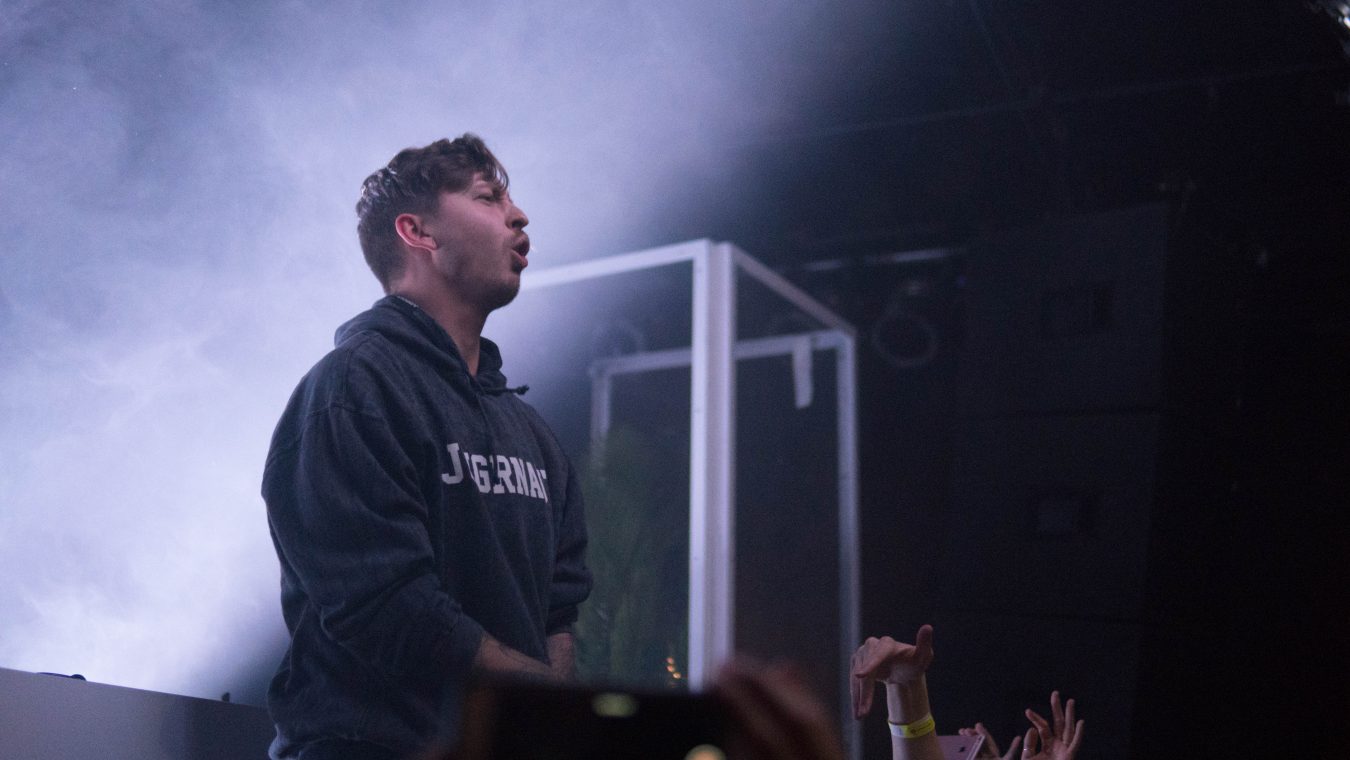 Supporting act Medasin–known for his remix of Portugal. The Man’s breakthrough hit “Feel It Still” and Masego collaboration on The Pink Polo EP–brought special guest Josh Pan on-stage.  Although it was supposed to be a back-to-back set, Pan spent most of the time entertainingly gesturing and hyping the crowd, only taking a few minutes to step away from his post behind the DJ deck to chat up an attractive, yet assertive young female in the front row.  The two played non-stop, bass-heavy hits and remixes.

Canadian producer/DJ Ekali’s second show in Chicago hit Bottom Lounge hard. The Babylon Tour–named after his breakthrough single featuring rapid-fire Miami rapper Denzel Curry. The stage setup, designed by Ekali included a clean white platform housing his gear with a minimalist backdrop for the majority of his projected visuals. On either side of the platform stood two human-sized houseplants enclosed in even larger glass casings, both of which were backlit with lights peering through the plants’ leaves. The additional lighting and lasers shooting out into the audience created a mesmerizing dance of colors and shapes, bringing an almost Alice in Wonderland-like quality of imagination and awe to complement his party-ready music selection. His floral and vegetal theme united his live show with his album covers, bringing life to art contrasting the stillness of plant life to the bass-heavy bears and lively, fist-pumping electronic dance crowd.

Ekali, aka Nathan Shaw, made a point to emerge from behind his DJ platform every now and then, keeping energy high as he emphatically danced front and center and even climbed atop his platform before jumping off. One of the key aspects I look for in any live show was ever-present here: the artist’s ability to enjoy the live performance and in turn transmit that same energy to the crowd. With all the energy in the room on this Wednesday night, this set could’ve easily continued for another hour or two to the delight of the audience. Had this show been on a weekend, it would’ve likely attracted a slightly more diverse crowd than the noticeably young group present, but that didn’t stop everyone there from having a blast. Ekali is definitely one to watch moving forward, especially for fans of more hip-hop-influenced dance music.