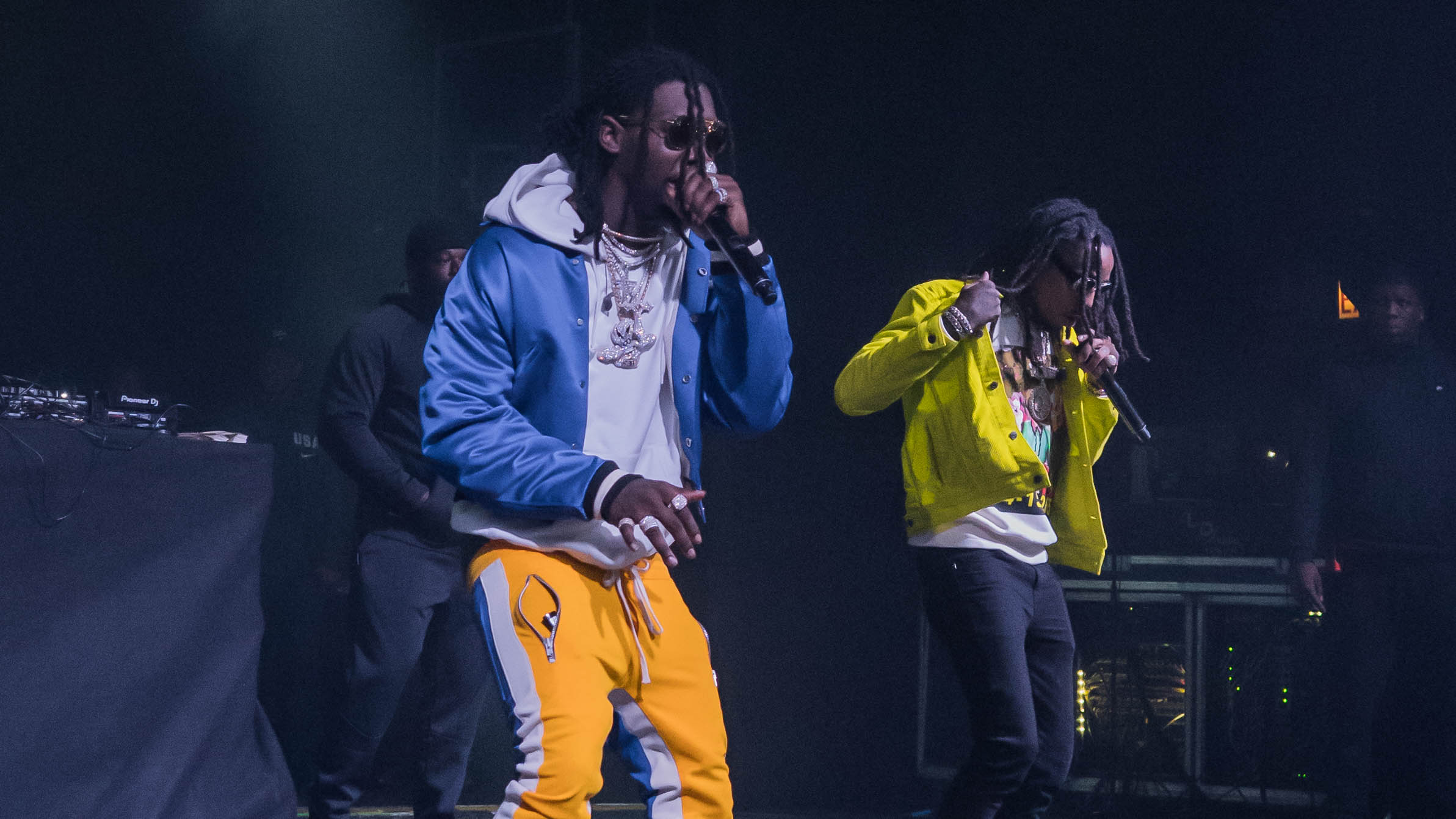 Over the month of November, Red Bull visited
Chicago, IL for a musical takeover unlike anything else.

Red Bull’s 30 Days in Chicago went out with a bang. Closing out a monumental and historic month with the city of Chicago, IL. The final show aimed to be just as much of a stand out as Young Thug at Metro Chicago, which kicked-off November.

Similarly to Migos last performance at House of Vans, fans rushed the stage as doors opened. Front row balcony and floor spots disappeared as fans settled in for the wait until show time. Opening the night would be Shaboozey and Ro Ransom. Both young yet powerful artists, Shaboozey has been recently recognized for break-out track Winning Streak.

Performing mostly new and unreleased songs, Shaboozey was a phenomenal way to begin the night. Bringing incredible energy and passion to the early-birds of the show. Making his mark, and giving the fans exactly what they were looking for, Shaboozey is an artist to keep your eyes on in 2018.

As The Riviera began to fill-out, New York artist Ro Ransom took to the stage. Recently working alongside Jazz Cartier for a track on recent mixtape Momentum, Ro Ransom has gained a lot of attention heading into 2018. Performing a short yet sweet set, Ro Ransom gave The Riviera a change of pace for the evening.

The crowd erupted into cheers as Lil Yachty arrived. Discovered by legend Coach K, Yachty is possibly one of the most impressive artists to climb the charts in recent years. Working alongside Young Thug on recent hit On Me, Diplo tag-team track Forever Young and Migos powerhouse Peek A Boo; the young Atlanta artist is one of a kind.

Performing I Spy and Harley to kick-off his performance, The Riviera Theatre couldn’t stop moving. Lil Yachty blessed the crowd with numerous hits off both mixtapes Lil Boat and Summer Song 2. Playing recent hit On Me and moving into an activity Yachty dubbed “The Boat Test” which his team proceeded to hand out over 90+ waterbottles to the crowd. Unleashing Carnage produced track Mase in 97′, the crowd erupted into glorious chaos.

Lil Yachty moved into D.R.A.M. track Broccoli, break-out hit Minnesota and closing with Young Thug paired, On Me. Including all of the essentials and a few choice tracks off various projects, Lil Yachty didn’t disappoint.

DJ Durel is as much of a part of a Migos live-show as the trio themselves. Any fan will instantly recognize the watermark “DJ Durel!” on numerous Migos tracks. Setting the tone of a Migos performance, DJ Durel played out today’s hits, warming up the sold-out crowd.

Opening with Get Right Witcha, Migos wasted no time. Immediately followed by Slippery and 2 Chainz featured track Deadz The Riviera Theatre has never quite looked like this. Fans headbanging over the balcony, dancing in the stairways, rapping along with their crew, no one stood still. Lil Yachty even returned to the stage for Peek A Boo, which is exactly what everyone had been hoping for.

Playing the entirety of most songs, compared to the quick samples of each hit at House of Vans, Migos really performed at an incredible level. Continuing with T-Shirt, Bad and Boujee and even throwback Hannah Montana, the show was a fan’s dream come true. The Migos even gave a nod to Offset’s recent EP with 21 Savage & Metro Boomin, Without Warning. Playing top charted Ric Flair Drip and Quavo featured Rap Saved Me.