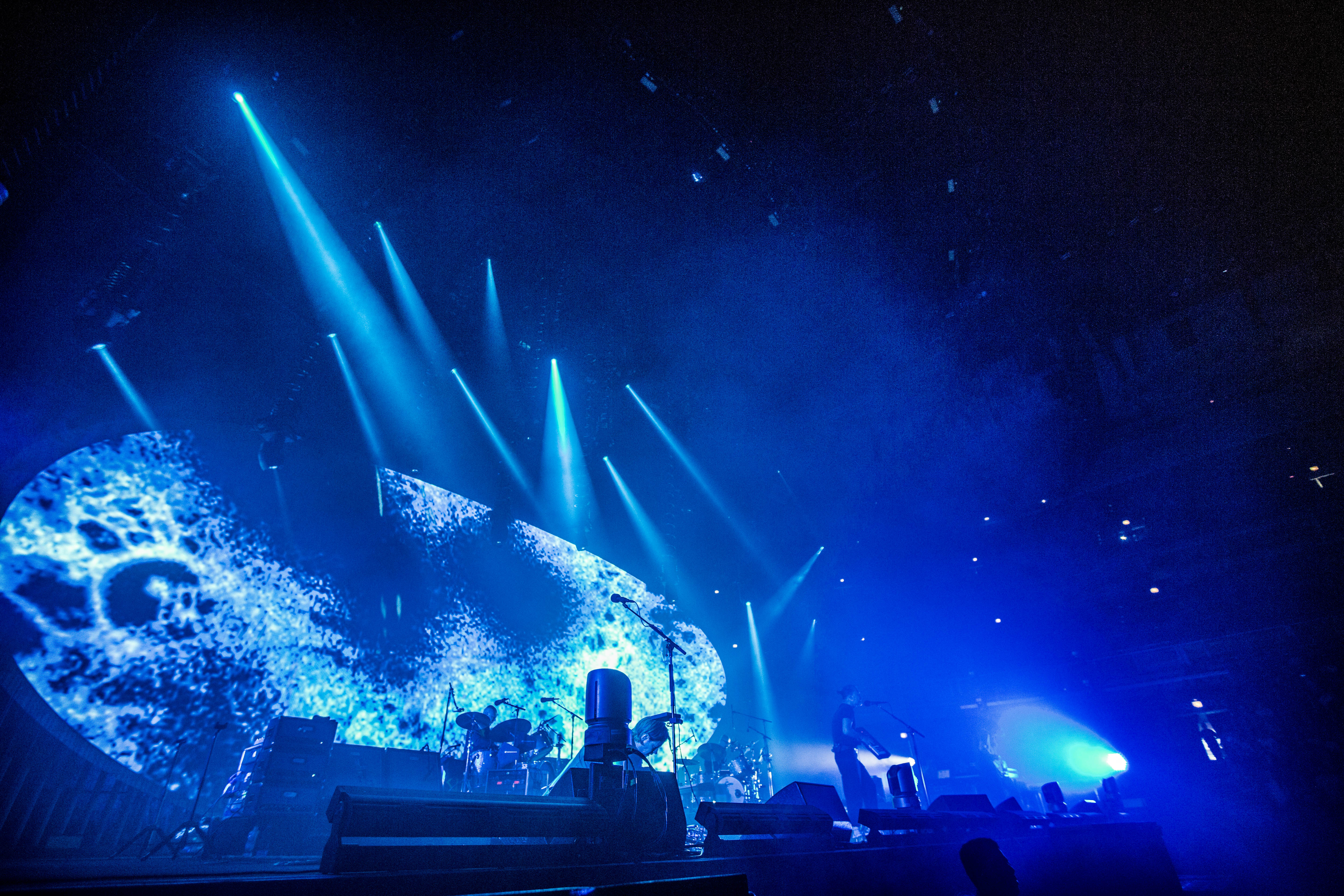 Radiohead made their return to Chicago by kicking off their North American Tour with 2 shows at the United Center. This being the first time they have played a multi night run in Chicago fans in attendance were most definitely in for a treat. Its not really an album tour since A Moon Shaped Pool has been out for some time now. Due to the response and demand of these 2 shows the passion from fans was overwhelming outside of the UC.

The first night set the bar real high.  The energy from the band and fans alike was something you had to experience in person. Radiohead began the night with the eerily beautiful “Daydreaming”.  It is a song that makes you feel enchanted yet unable to move.  From there, they built up the energy with “Ful Stop” hitting hard. The show flowed quite perfectly and felt so fluid. Sprinkling in beloved favorites like “Morning Bell”, “Pyramid Song”, “Paranoid Android”, and “Everything in Its Right Place” during the main set resulting in fans begging for more.  You could feel that we still had a long way to go and it was well worth it.

The first encore was just one large set of fantastic songs. Kicking it off with a sped up “Burn the Witch” and transitioning to the beautiful and melodic “Weird Fishes/Arpeggi”, Thom was at this point all over the stage soaking in all that the fans could give. Also giving fans The Bends classic “Fake Plastic Trees” and then closing the first encore out with “15 Step”, for some that would have been a solid night, but the guys had a few more left with the biggest surprise of the night.

They opened up the second encore with “Blow Out” which had not been played since 2008. Thats huge since this band is known for pulling out deep cuts on each tour. Needless to say, the first show was absolutely stellar and just from being there, it was hard to think how they could match or top this show the following night. The band was flawless as well as the crew who were running the lighting and sound.  The audio/visuals will easily put anyone in a trance with how the band performs.

Enjoy the photos below the set lists.