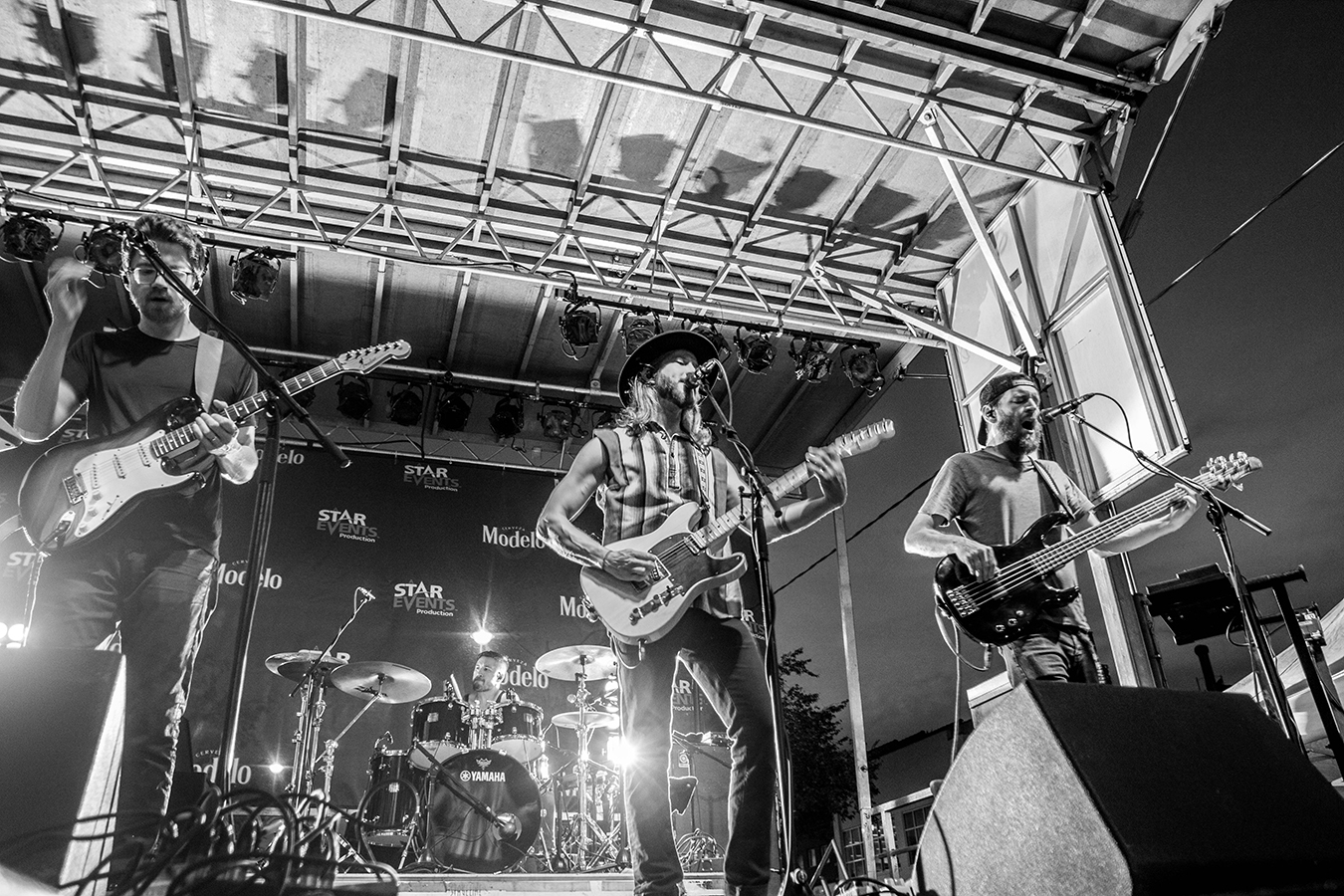 Another year of great music descends on the West Loop with Moon Taxi closing out the first night on the Denver Stage. By the size of the crowd in attendance, you could see that they have built a massive fan base in Chicago. This quintet brings an uplifting set to fans every single time they hit the stage. Being a street festival, the set was shorter than normal due to city laws, but that didn’t stop Trevor and the guys from putting on a fantastic show.

Fans got what they came for hearing hits like “Morocco”, “Mercury”, and “All Day All Night”.  The one treat though was that Moon Taxi brought out a new song for fans to hear.  “Too High” is a beautiful song that hooks you immediately. It left fans excited for the new album and extensive tour that will follow. The album has yet to be named and they are putting the finishing touches on it currently, but expect to be hearing the official announcement in the coming months.

Needless to say, I am excited to see these guys again soon in support of their upcoming album. They surprise me more and more each time they come back. If they are coming to your city in the coming weeks and months, be sure to make time to check them out.  It’s totally worth it.