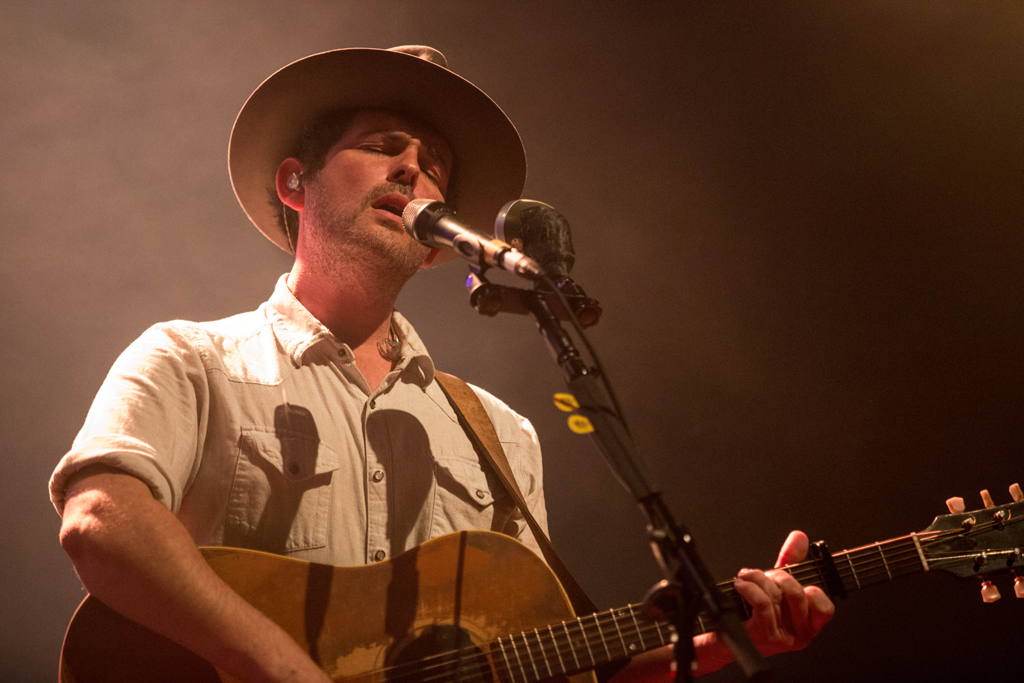 Gregory Alan Isakov packed The Vic Theater for a night of mesmerizing folk music. Touring in support of his new album Evening Machines, fans filled the venue early to pick the best spot to see this memorable show.

Greg brought Haley Heynderickx along to open the evening and she wowed the crowd with her solo performance.  She entered the NPR tiny desk concert 3 years in a row and gained a lot of notoriety in the process. Hailing from Portland, Oregon, she is a singer songwriter that is gaining popularity with her debut album, ‘I Need to Start a Garden’.

Gregory Alan Isakov has built a solid following that many would consider to be more of a cult following since he is an artist that flies under the radar in the music industry. At any moment he will launch into a much larger following. Seeing him perform live would give you all the reason to understand why.

The music, for the most part, is peaceful and soothing. Lyrically each and every song is a deeply touching story that hits you in a way that you emotionally get pulled in many different directions.

Throughout the show, the crowds reactions were mostly of tears of joy.  Overhearing people in between songs saying why a particular song has touched them in a certain way. The storytelling of Gregory is not to be taken for granted.  He is one of the best in the industry right now.

Some of the  highlights of the night were “Big Black Car”, “Southern Star”, “Dark, Dark, Dark”, “Amsterdam”, “The Universe”, and “The Stable Song”. These songs do not take away from the rest of the show by any means.  The whole show is a beautiful journey of reflection on life and the choices that each and everyone of us make.

All in all the night was a big success for both acts and Gregory Alan Isakov solidified himself as one of the top folk singers among fans at the show.  If he is making a stop in your city, whether it is during this tour or on the next, go see an artist that will give you a heartfelt and meaningful show that will also mesmerize the crowd.

17. The Stable Song (unplugged with Gregory and Steve Varney) > 18. All Shades of Blue (full band unplugged)