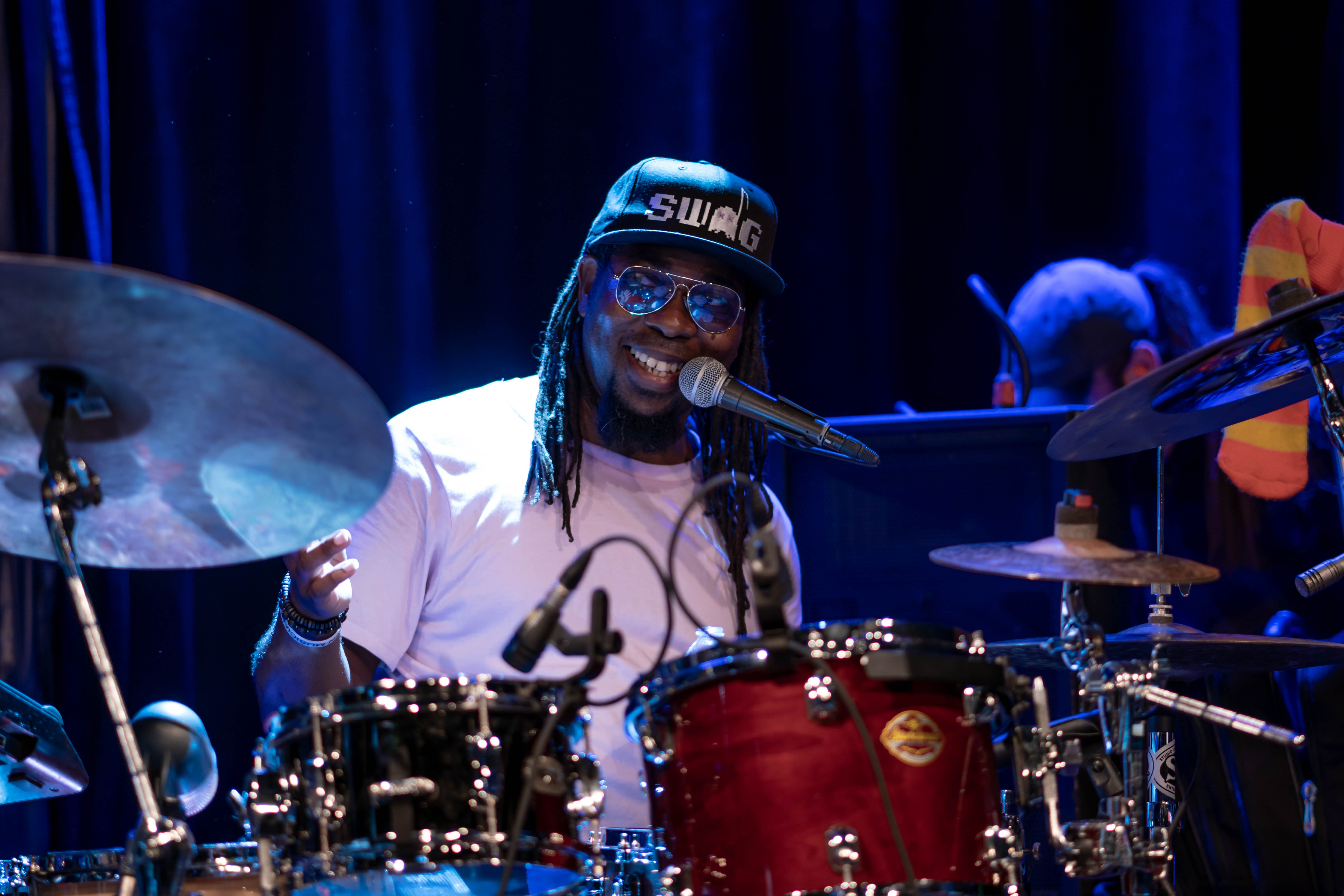 Two time Grammy Award Winning Robert “Sput” Searight has worked with some of the best musicians and artists in the music industry. Searight is one of the most influential musician and producers in today’s music. Growing up in Dallas, TX he formed gospel super group God’s Property which changed the traditional sounds of gospel music in the 90s. He later went on to be apart of the legendary band Snarky Puppy. We sat down and talked to Sput while he was in town playing two sold out shows at Reggie’s Rock Club with Snarky Puppy. Searight talks to us about his early beginnings working with West Coast artists to giving advice to musicians.

Be on the look out for Robert “Sput” Searight’s band “Ghost-Note” with fellow Snarky Puppy band member Nate Werth as they release their new project October 16 entitled “Fortified“.