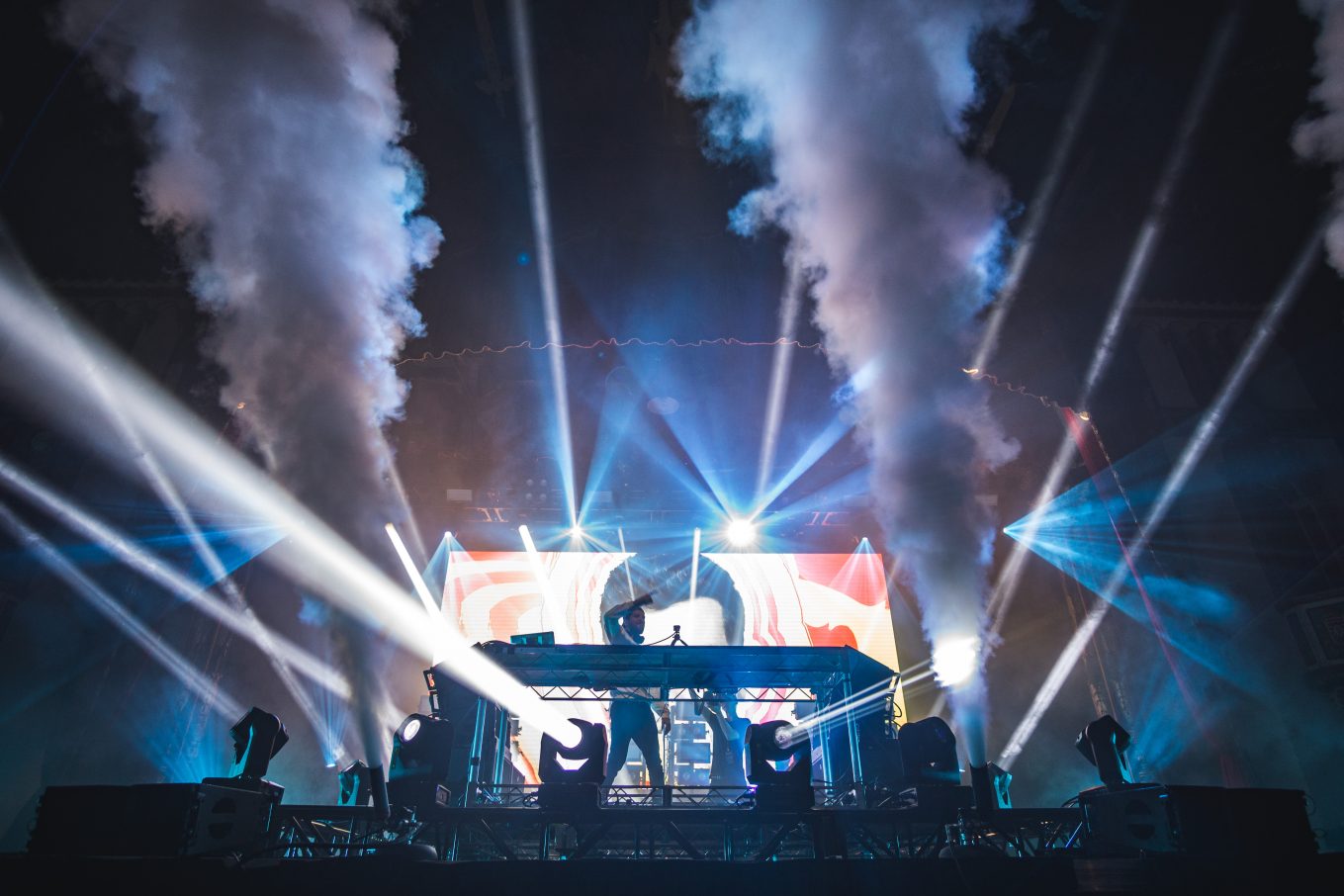 Freaky Deaky 2017 returns as a multi-city takeover. React Presents is thrilled to expand the longstanding party series and bring the fun to fans across the Midwest. The Aragon Ballroom hosted Dillon Francis, What So Not and opener Parker.

Aussie producer What So Not (Chris Emerson) played to a much more compact crowd.  He churned out some of his biggest hits including “High You Are,” “Better,” and “Gemini.”  The sea of costumed party animals got their holiday dance on to a solid set.  Had the show ended with just this set, it would’ve been a Saturday well-spent.

Headliner Dillon Francis one-upped What So Not’s set with a slew of theatrics and showmanship.  The LA-based DJ and producer put on an epic performance, complete with all the theatrics to set his holiday show apart.  Smoke machines, streamer cannons, and lights were rigged to set the stage for an explosive set.  Francis jumped onto the DJ platform several times, hyped his set up with some crowd interaction.  His super long set was filled with bangers, taking the crowd late into the night.

Overall, this was a solid Freaky Deaky show from React Presents. The show, which was full of dance circles and good vibes was another super fun night.  The night was an audiovisual wonderland, filled with lights, cartoon-filled projections, and all the bass you could possibly ask for.