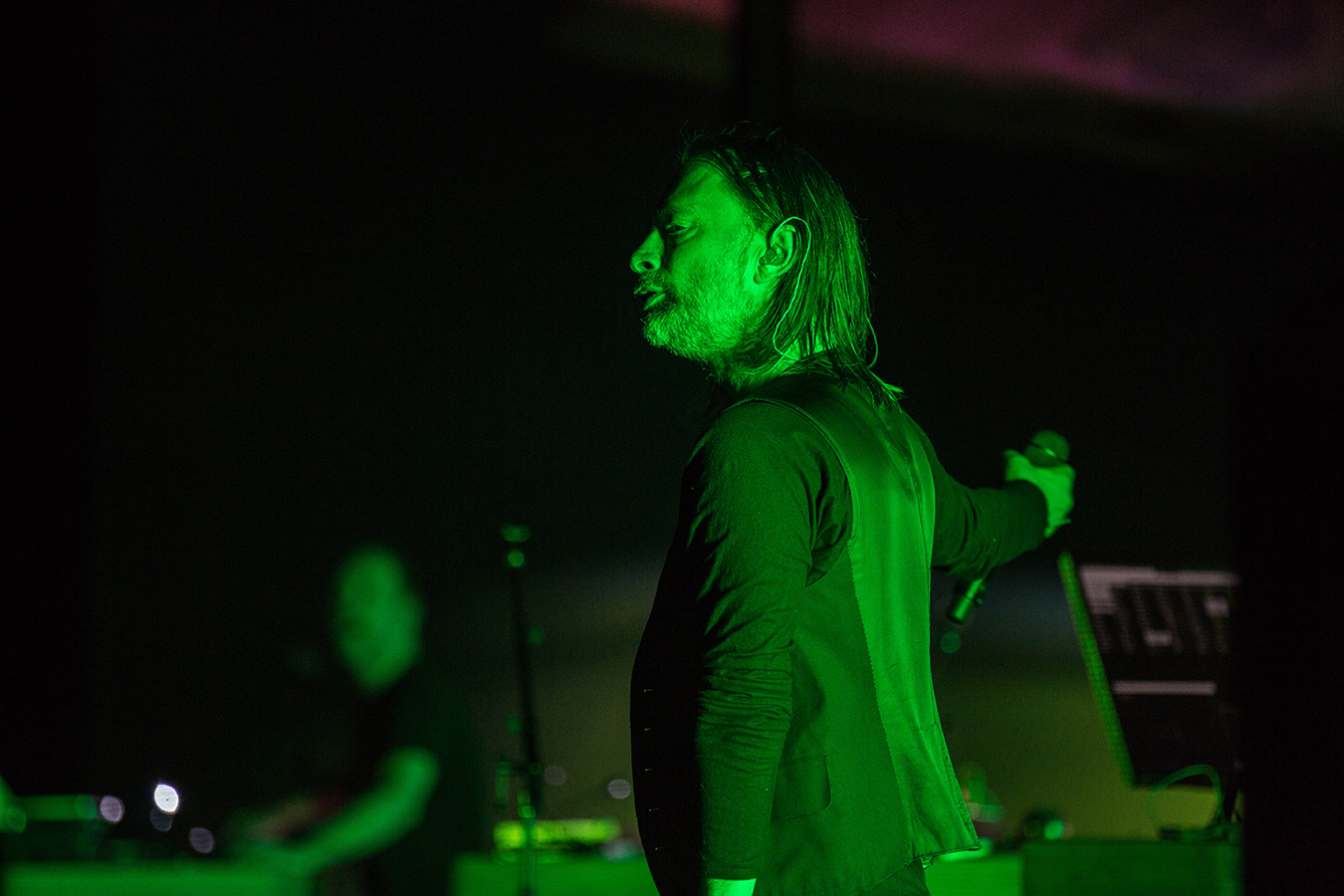 Thom Yorke returned to Chicago for his solo tour after a very successful two night run at the United Center with Radiohead this Summer. Tuesday night’s sold out show at the Chicago Theatre was a sight to behold.  Very much a departure from what you would expect from a Radiohead show.  Much darker in tone and way more ambient.

Thom Yorke brought along the longtime Radiohead producer, Nigel Godrich, and visual artist Tarik Barri for this tour. The tour is in support of Tomorrow’s Modern Boxes, which was released back in 2014. Fans were eager to hear tracks from his newest work, the music for the motion picture Suspiria, as well. Fans were definitely in for a treat.

The show in itself was a mesmerizing mash of visuals, vocals, and lyrics. Thom bounced around the stage throughout the show with moments of childlike happiness exuded towards the crowd. Even with the dark tones of the show, you could realize the sheer beauty of what the trio brought to the stage.

The song selection jumped back and forth from Thom’s 2 solo albums as well as a large selection of unreleased songs, covers, and one of the tracks from Suspiria.  The music and imagery flowed seamlessly throughout the show and at times felt like an avant garde dream state.

The stand out songs of the show that gave the crowd the reason to go wild were “Black Swan”, “Two Feet Off the Ground”, “Amok”, “Twist”, “Default”, “The Axe”, “Unmade”, and “Reckoner”.

It was a night to remember for so many.  Seeing Radiohead live is not easy since they do not tour as much as a lot of the acts out there these days, but seeing Thom Yorke solo is a much bigger treat since he tours even less in support of his solo work. This tour meant a lot to fans and you can only hope that he will be back in some form in the near future.

His tour runs through the 22nd of December so their is still time for you to catch him in the states as he heads towards the West Coast.