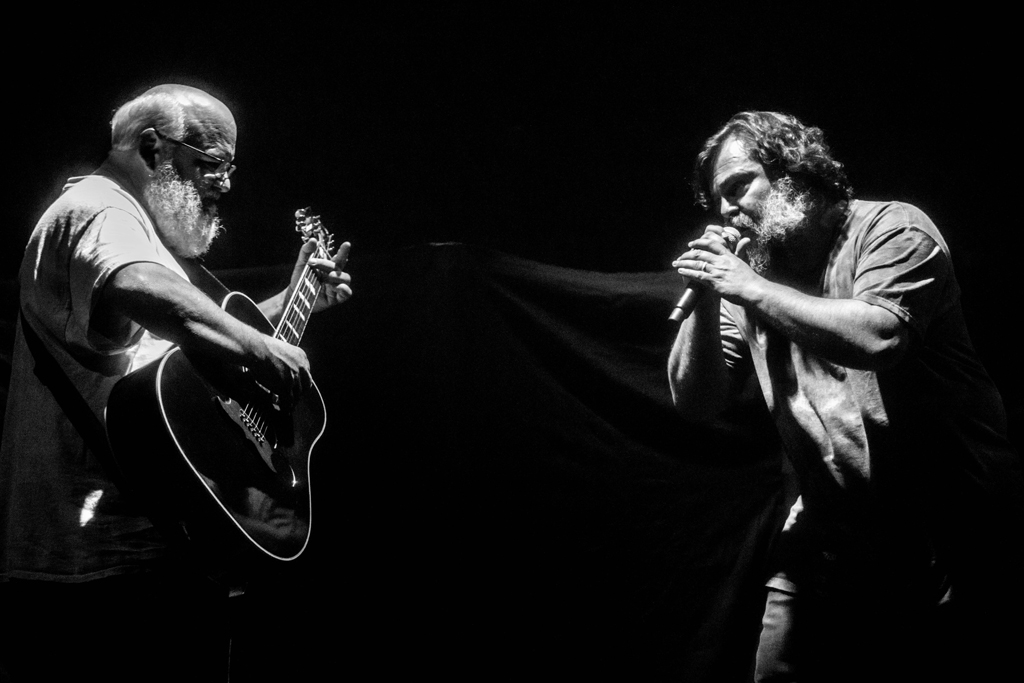 Tenacious D made their triumphant return to Chicago with two face melting nights of rock.  This was a hot ticket and both nights sold out rather quickly. Jack Black and Kyle Gass brought their Post-Apocalypto tour in all it’s glory along with a slew of hits from their previous albums.

Jack and Kyle had Wynchester along for the ride to open up the nights and this duo hit it out of the park on the 2nd night. Wynchester consists of Mike Bray and John Konesky. They have been apart of The Kyle Gass Band as well as playing guitar for Tenacious D on tour and in the studio over the years. They released their self titled debut earlier this year and it’s worth checking out with the chemistry these guys have on stage.

They kicked their set off with the rousing “Gospel of Good Times” and from their they just continued to give the packed house a fun and upbeat show.  Covering a few artists and even bringing out a special guest to lend his talents during “Reelin’ in the Years”.

Their set was short, but made you want to see them come back and do a full show sooner rather than later.

Tenacious D arrived on stage after they opened the show with the Post-Apocalypto theme and a short film setting up the first set. The show in the beginning moved from song to film snippet and back to tell the story that is Post Apocalypto and how Tenacious D saved the world.

It is an album that is different from their previous entries, but it was a nice change to see them put out an album that told a story and it flowed seamlessly throughout.

The 2nd set dove right in to the hits from their earlier albums, which fired up the crowd. JB and KG began the set with “Rise of the Fenix” and it just got heavier and wilder from there. They brought out the legendary instrument “Saxaboom”, the song that set the stage for The Pick of Destiny with “Kickapoo”, and the final showdown with “Beelzeboss”.

Tenacious D pulled a slew of songs from their self titled debut to close out the night including “Dio”, “Tribute”, “Wonderboy”, and the song for the ladies “Fuck Her Gently”. JB and KG after all these years give one hell of a show and know how to cater to the fans. They may be two titans on stage, but they truly love their fans and have fun bringing their crazy show to the masses each and every night they perform.

After the show was over it was made known that a couple of Jack Blacks cast mates from School of Rock had come to see the amazing spectacle that is Tenacious D.  What a treat it would have been to have Kevin Clark, who played drummer Freddy, and Rebecca Brown, who played bassist Katie, up on stage with the guys for a song or two during the show.

The D is taking a short break from their tour before starting back up in December in Canada and then closing out the tour with a west coast run.  If tickets are still available in any of the cities remaining, snatch them up and go see one hell of a show!