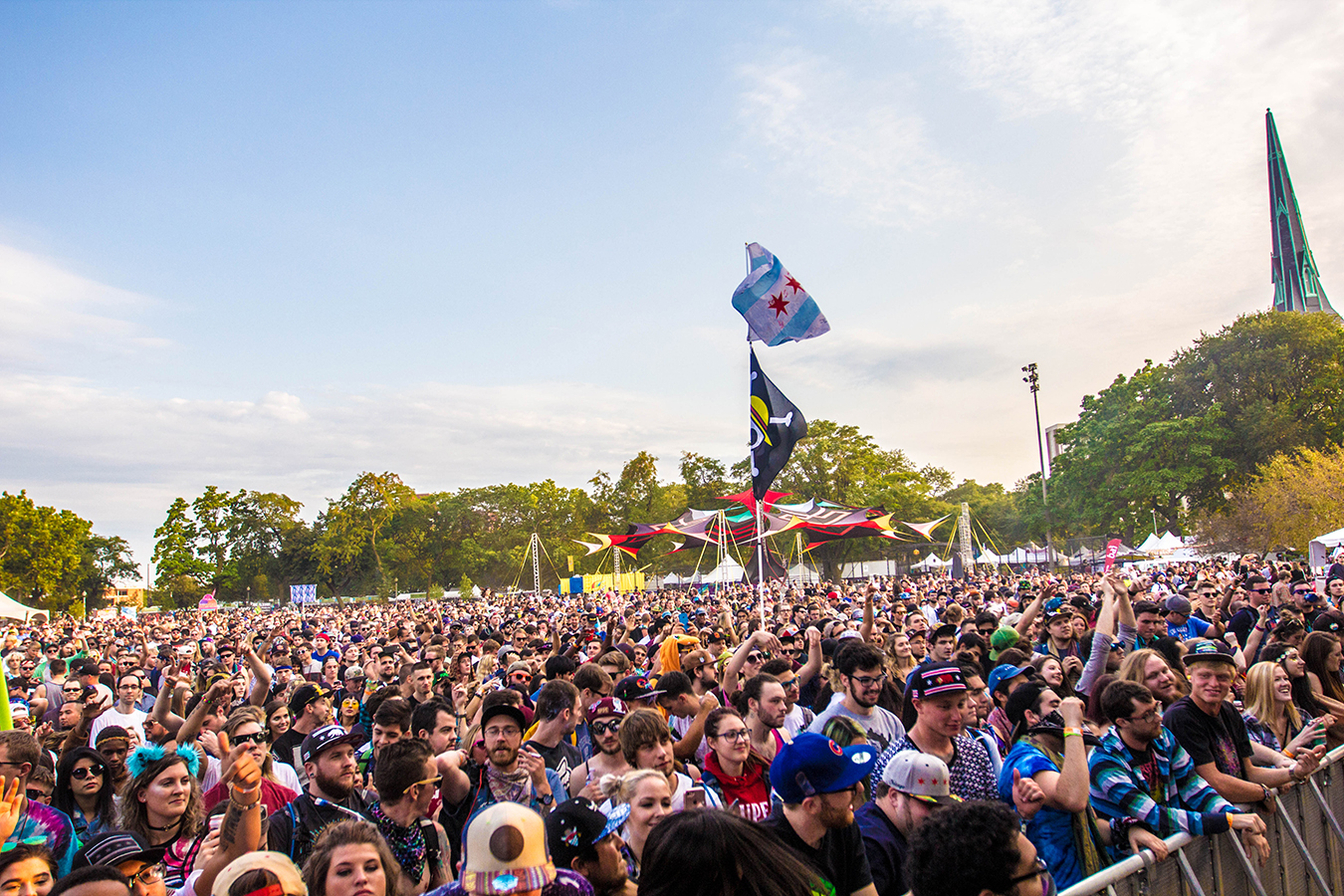 Another North Coast is in the books and what a weekend it was. After 8 years of Chicago’s home grown Labor Day Weekend festival, or as they so eloquently put it Summer’s Last Stand, where do they go from here? This being my first year attending, I had a blast and loved how it felt like it was a party all for Chicago to close out the summer.

Out of the 3 days, Night 1 seemed to pull the biggest draw with Gucci Mane on the Coast Stage and Deadmau5/Eric Prydz on the Skyline Stage. Having the 2 tag team the set was something to behold. You could feel the energy from the crowd throughout their performance and they closed out the night in proper style. Being the first time seeing Deadmau5, I was not expecting to see him without his signature mask.

WebsterX kicked off my weekend. He hails from Milwaukee and after seeing him perform I could see why he deserved a spot at North Coast. Lyrically savvy with a great stage presence. I see him becoming very popular in the coming months. Autograf returned to Chicago with a spectacular set and a large crowd to back it up. I haven’t seen Louis and Mikul perform since they were the magnificent duo formerly known as Midnight Conspiracy.

Lil Dicky was exactly as I had expected. Brash, but humble. Lyrically driven, yet hilarious. Awkward, yet suave. Fans packed the North Stage to see him throw down an intense and solid set. He had every female hanging on every word and begging for more.

Day 2 had the biggest potential for being the outright winner of the weekend, but the pretty substantial rain in the evening put a damper on the night with a large amount of the crowd leaving the grounds early. STS9 and Big Boi both could have had larger crowds during the rain and Damian “Jr. Gong” Marley had a much smaller crowd as a result.

Running around from stage to stage before the rain I was able to see some great acts. The artists that truly stood out during the day spanned many genres. Goldfish, from South Africa, is a duo that mixed hard hitting EDM tracks with live instruments. They clearly loved every moment of their set and the fans gave it right back. Others during the day that are definitely on my radar for future shows…. Sunsquabi, The Russ Liquid Test, A Tribe Called Red, Spafford, and Joe Russo’s Almost Dead. Manic Focus brought his live band set and that was a true treat for fans. His energy is always top notch and this was only amplified with everyone that he had on stage.

Day 3 had the legends closing out the weekend with Primus and Ween. The biggest surprise of the weekend though was when Chance The Rapper joined The Cool Kids on stage during their midday set. The duo is also Chicago home grown and damn are they impressive. They owned the stage and every track had the crowd hooked. The Cool Kids were one of my favorite acts of the weekend.

The artists that stood out on the final day and are worth checking out…. Elephante, Ganja White Night, Vallis Alps, Bob Moses, and Electric Guest. And man Hippie Sabotage were fantastic! Hailing from Sacramento, I was impressed at everything they brought to the stage. The best way I could describe these guys would be a peace and love Rage Against the Machine. Preaching a message of positivity with a ferociousness. The one track that really caught my ear was when they covered Tove Lo’s “Habits”. The crowd went bonkers during it and seeing the way the brothers interacted with the crowd, I could see why they are building a fan base pretty quickly.

Looking back at previous line ups it looked like there was a cohesion year in and year out. Artists that complemented each other throughout the weekend. Each day had the must see acts, but there were a lot of artists that made me think, do I really need to see them. The days felt like they were their own festival with each day being very different in what type of fans they wanted to draw. In case you missed the weekend check out the photos below. I look forward to see what North Coast Music Festival has to offer in 2018.