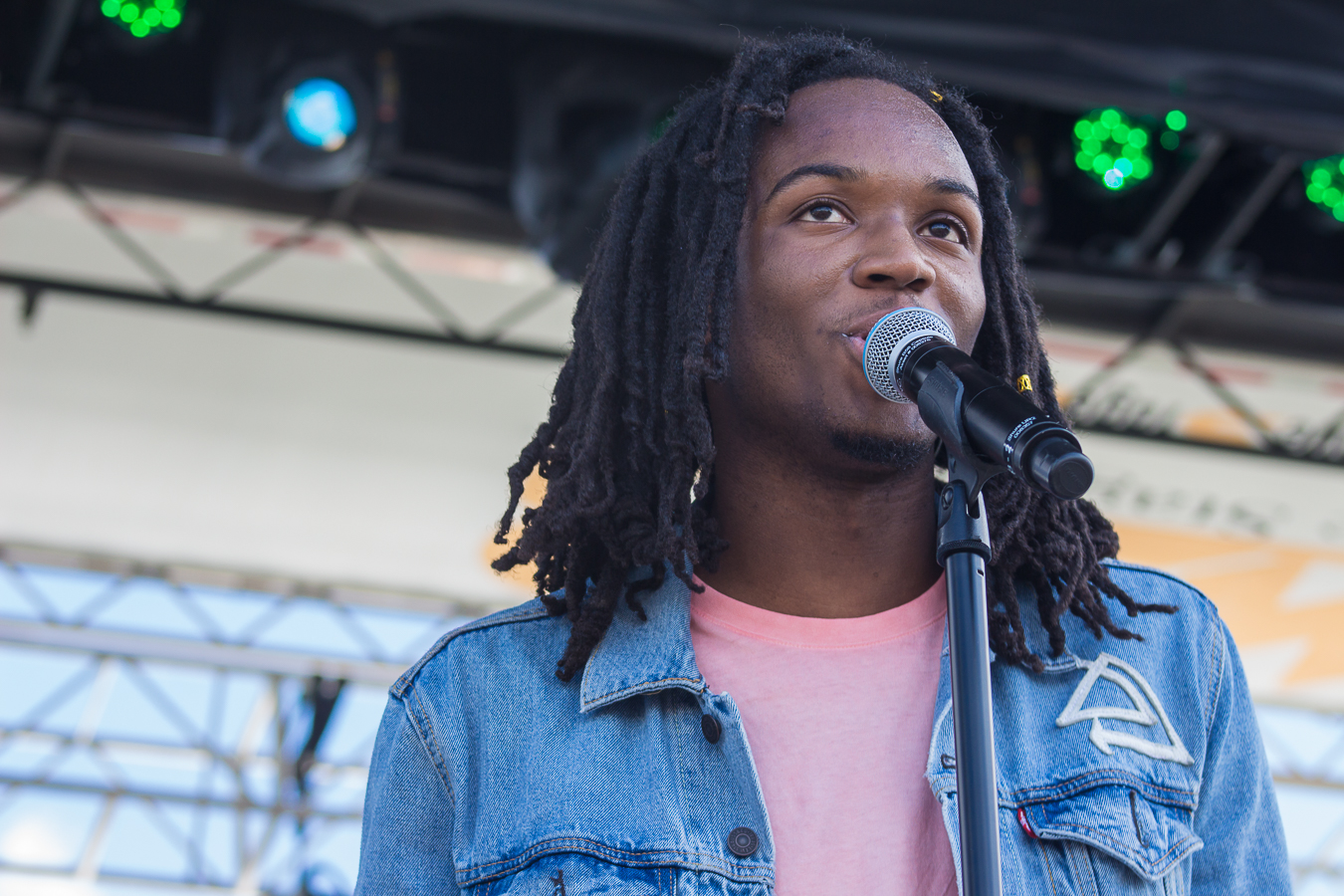 What stories still have us talking this week? Check out the latest installment of On the Radar to catch up.

Saba is one of Chicago’s hottest rappers on the rise. He first gained recognition when he collaborated with Chance the Rapper on “Everybody’s Something” in 2013. Since then, he’s been making a name for himself with mixtapes ComfortZone (2014) and Bucket List Project (2016). He’s dropped more killer singles this year, including “Monday to Monday,” Where Ideas Sing,” and “There You Go.”

Last week, he teamed up with Adult Swim to release yet another new track “360.” The song was released as part of the network’s singles program, which features cuts from Wavves, DOOM, and Zaytoven to name a few. For the song, Saba worked with producer Zack Villere, who he has high praise for: “He’s very tight, very talented. I feel like his ear as a producer, if you listen to his music, he’s not using any of the sounds that anybody else is using, and I think his chords are crazy.”

Check out the new single above.

Catch Flying Lotus in 3D along with Seven Davis Jr. and PBDY at the Riviera Theater on November 14. You can still grab tickets here.

Mariah Carey brings some holiday cheer (a little too) early with her All I Want For Christmas is You show at the Chicago Theatre. See her November 18 and get tickets here.

Don’t miss Halsey on her hopeless fountain kingdom tour with special guests PartyNextDoor and Charli XCX at the Allstate Arena on November 19. You still have a chance to get tickets.

Say it isn’t so! The legend himself, Ozzy Osbourne, is headed for retirement. The Prince of Darkness will embark on a final world tour starting next year and going all the way into 2020. When the shows are done, the rocker will retire from touring, but plans to perform at select live shows.

At this time, only the first leg of dates have been announced. Shows kick off May 5 in Mexico and wrap up June 2 in Lisbon, PT. Check out the dates here. The North American leg will be revealed sometime next year. We can always hope Ozzy will change his mind like he did in the 90s. In 1992, he embarked on a farewell tour, but returned to the stage three later with his Retirement Sucks Tour.

Maynard James Keenan doesn’t like recording at shows. He hates it so much, he enacted a no recording policy for all Tool and A Perfect Circle shows. Despite numerous warnings from security and signage around the venue, a group of fans didn’t take the warning to heart. More than 60 fans were kicked out of A Perfect Circle’s show last weekend in Reading, PN. People took to social media to express their disbelief and disappointment in the action. Keenan released a short statement afterward: “No. Recording. Of. Any. Kind. For. 25. Years. Guided experience. Unplug and enjoy the ride.”

You can understand where he’s coming from, but it’s still a dick move. People who hold up their screens for the entire show are annoying. But artists should focus on the show and pumping up the crowd instead of who’s on their phone. These people still paid to watch you perform. If they choose to enjoy the show through a screen, it may be dumb, but that’s their prerogative.

And there’s nothing wrong with taking a few shots to enjoy later. Artists need to realize that, sadly, this practice is here to stay. Sure, you can try to take away the cellphones, but that proves troublesome when there’s an emergency. And people won’t part with their phones so easily.

Roem released the following statement after her major win: “Discrimination is a disqualifier, this is about the people of the 13th District disregarding fear tactics, disregarding phobias,” a joyful Roem said after her victory. “Where we celebrate you because of who you are, not despite it.”

Congrats to Roem on her new position and for making history!