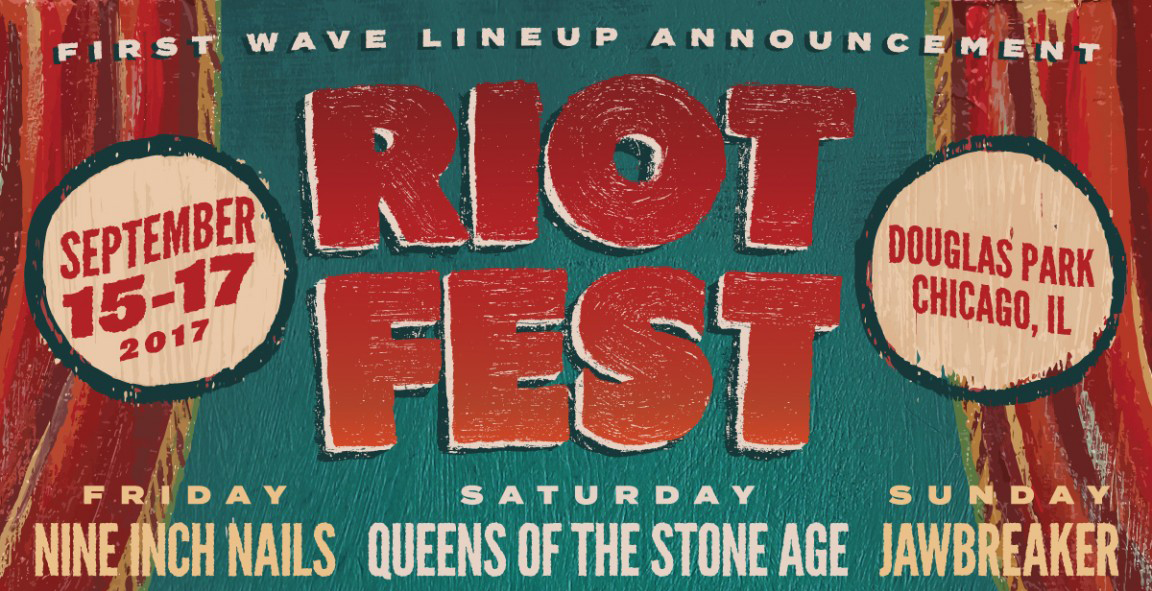 Now, that Record Store Day and C2E2 are over, time to catch up on the biggest stories in music. This week we talk about the Riot Fest lineup, the Gorillaz tour, Saba, and more.

Hope you’re not sick of Gorillaz because they announced more major news. The animated band is heading out on their first North American tour in seven years. Even better, dates kick off right here in Chicago on July 8 at Huntington Bank Pavilion at Northerly Island. Shows run until October when dates wrap up October 13-15 at the III Points Festival in Miami. Tickets are on sale now.

This marks the first time the band has toured since 2010’s Plastic Beach, so you know it’s going to be a hot show. Along with the tour, the band has other projects to support their new album, Humanz, out April 28. Frontman Damon Albarn confirmed they’re working on an animated television series and a Chicago edition of their Demon Dayz festival. They also launched a new app that will give fans access to the new album and put them in the Gorillaz world.

It’s clear the band want their album release to be the biggest event of the year. But then you start to question whether or not a $500 edition of their new album is just plain greedy. Hopefully, the album holds up. Judging from what we’ve heard so far, there should be nothing to worry about.

Riot Fest loves to keep us waiting when it comes to lineup reveals, but now the wait is over and it was definitely worth it. Last week, the first wave of bands for this year’s festival was released and it features some kickass bands. This year’s headliners include Nine Inch Nails, Queens of the Stone Age, and Jawbreaker. Yes, Riot Fest reunited the band after they originally split up in 1996. Other notable acts appearing at the festival include New Order, Paramore, FIDLAR, Wu-Tang Clan, M.I.A., Bad Brains, Ministry, TV on Radio, Vic Mensa, and GWAR to name a few. Check out the complete Riot Fest lineup here.

Three-day passes are also available, so make sure you grab yours. There’s still over 25 bands that have yet to be announced, but hopefully, we won’t have to wait for long. But seeing who’ve they lined up so far, it’s going to be another stellar year for Riot Fest. Check out the video above for last year’s festival highlights.

In case you missed it, TLC is back with new music. Last week, the group premiered their new single, “Wayback” taken from their currently untitled final album. Featuring Snoop Dogg, the track is a nostalgic blast. It has an unmistakable groove and swagger that’ll get you moving. It actually sounds like a lost track from their breakthrough album CrazySexyCool. Though you hate to picture the iconic group without Lisa “Left Eye” Lopes, you gotta admit, the song sounds pretty good.

Their new album is expected to drop June 30. Right now, the band is taking album title suggestions from their fans. Along with this single, “Haters” and “Joyride” are confirmed to appear on the LP. To fund the album, TLC started a campaign on Kickstarter looking for $150,000 to make the record. They surpassed that goal within 48 hours becoming the fastest most funded pop project on Kickstarter.

It’s odd to think of TLC releasing new music after Lopes’ death, but at least they didn’t replace, which they were considering a while ago. Still, no matter how good the music is, things will never be the same without Left Eye.

After recently their debut album, Memories…Do Not Open, electronic duo The Chainsmokers are hitting up the Allstate Arena on April 29. Special guests include Kiiara, Shaun Frank, and Emily Warren. Find tickets here.

In support of their latest album, I See You, UK indie pop duo The xx hits up the Aragon Ballroom on May 1. Catch tickets here while you still can.

If you’re in the mood for some Chicago metal, check out up and coming bands at Reggie’s Rock Club during Metal Takeover on April 26. Check out five acts, including Witchcross, War in Me, and Alethia. Get tickets here.

Local rapper Saba is quickly becoming one of the hottest acts in hip-hop. After dropping his debut album, GETCOMFORTable, he quickly gained notoriety with his verse on Chance the Rapper’s “Everybody’s Something.” The two collaborated again on Chance’s track “Angels,” which they performed on The Late Show with Stephen Colbert.

His popularity soared after the performance making him an artist to watch for the year. He made a name for himself with his third album Sparechange!, which received praise from critics and fans alike. Now, he’s on the lineup for this year’s Mamby at the Beach Festival on June 24. Before checking out his set, make sure to listen to his latest album, Bucket List Project.