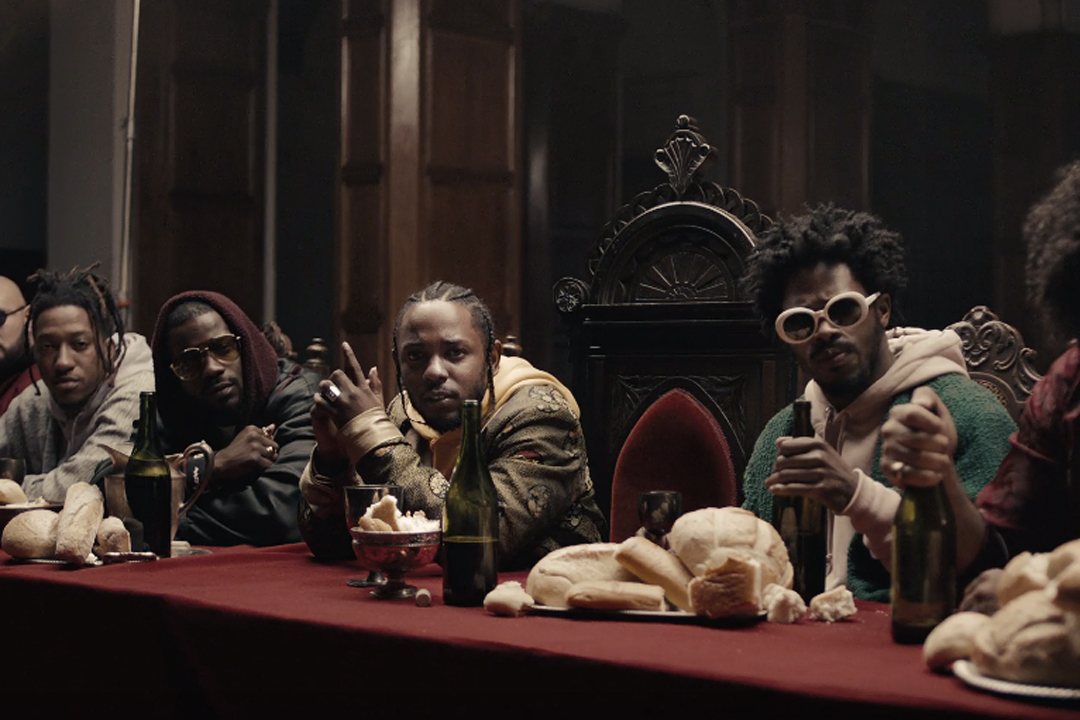 Kick off the week with a recap of some of music’s hottest stories you may have missed with the latest On the Radar.

Kendrick Lamar is heading back on the road this year and he’s bringing the star-studded roster of Top Dog Entertainment with him. The Championship Tour features Lamar, SZA, ScHoolboy Q, Jay Rock, and Ab-Soul. Dates kick off May 4 in Vancouver, BC and run until June 16 in Pittsburgh, PA. The tour will swing by Chicago’s Hollywood Casino Amphitheatre June 15. Tickets are on sale now. Check out all the dates here.

Lamar is also tapped to headline the Sziget Festival in Budapest, Hungary. Other headliners include Kygo, Mumford and Sons, and Liam Gallagher. The weeklong festival happens August 8 to August 15. Tickets are on sale now at an early-bird price, so get them while you still can.

Slayer and RUSH call it quits

What a way to kick off the week than to have two major bands split up. First, Slayer revealed plans for their farewell tour last Monday (Jan. 22). The band posted a brief teaser showing years worth of gig posters, press clippings, and press photos leading up to their farewell world tour. Dates kick off May 10 in San Diego, CA and wrap up June 20 in Austin, TX. Joining them on this outing are Lamb of God, Testament, Anthrax, and Behemoth. Tickets are on sale now.

In more bad news, Alex Lifeson of RUSH confirmed that RUSH is no more. In a new interview with The Globe and Mail, Lifeson said “We have no plans to tour or record anymore. We’re basically done. After 41 years, we felt it was enough.” The band embarked on their R40 tour celebrating the 40th anniversary of drummer Neil Peart’s membership in 2015. After that, Peart announced his retirement from music and the band has been quiet since then. Lifeson is still working on new music and is recording with RUSH bandmate Geddy Lee.

Last Thursday (Jan. 25) Linkin Park’s Mike Shinoda released a new three-track EP titled, Post Traumatic. This is Shinoda’s first new music since the death of Linkin Park frontman Chester Bennington in July 2017. Along with new music, he also recorded music videos to accompany each track. Check out the clip for “Place to Start” above.

In a statement about the EP, Shinoda said “The past six months have been a rollercoaster. Amidst the chaos, I’ve started to feel an intense gratitude – for your tributes and messages of support, for the career you have allowed me to have, and for the simple opportunity to create. Today, I’m sharing three songs I wrote and produced, with visuals that I filmed, painted, and edited myself. At its core, grief is a personal, intimate experience. As such, this is not Linkin Park, nor is it Fort Minor – it’s just me.”

Catch Sleigh Bells with special guest Sunflower Bean at the Metro January 31. Grab tickets while you still can.

The grandmaster of funk George Clinton and Parliament Funkadelic hit up Thalia Hall as part of the Mardi Gras Madness tour. Get tickets here.

Dance the night away with MØ and Cashmere Cat on their THE MEØW Tour. It all goes down at the Riviera Theatre February 1.

The track record for both Stephen Jerzak and Dylan Lloyd are pretty impressive. Jerzak is a pop singer/songwriting who gained a following on social media thanks to songs like “Cute” and “She Said.” Though he was still a teen at the time, he released a slew of EPs starting in 2009. His debut album, Miles and Miles, dropped in 2011.

Dylan Lloyd has worked with some of the hottest names in music and co-written songs with them ever since he landed his record deal in 2009. He released his debut album, The Vault, in 2014 making it his first charting solo album on the iTunes charts and his fourth consecutive overall. It wasn’t until 2012 that Lloyd and Jerzak would team up for the record, What Could Be Better, which peaked in the top 20 iTunes charts.

Since then they’ve released two more collaborative records with their last being 2013’s This Is Better. Now, the duo is gearing up to release their new EP, Then & Now. Featuring the single “Leaving Paradise,” the EP drops February 2. You can stream their new single along with their past efforts now on Spotify.