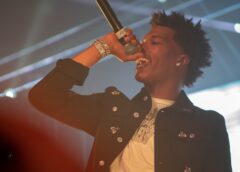 Lil Baby on his New Generation tour made its way to Chicago for a sold out show at the Riviera Theatre. The New Generation tour was exactly that. It encompassed the next crop of Hip-Hop artists that aren’t taking the traditional route to fame. As music sweeps the world in a matter of minutes it allows artists to develop a fanbase early on. Chicago was there to sing and rap along with their favorite artists including City Girls, Blueface, Jordan Hollywood, Lil Marlo, Rylo Rodriguez and 42 Dugg. Be sure to follow these artists on their musical journey.