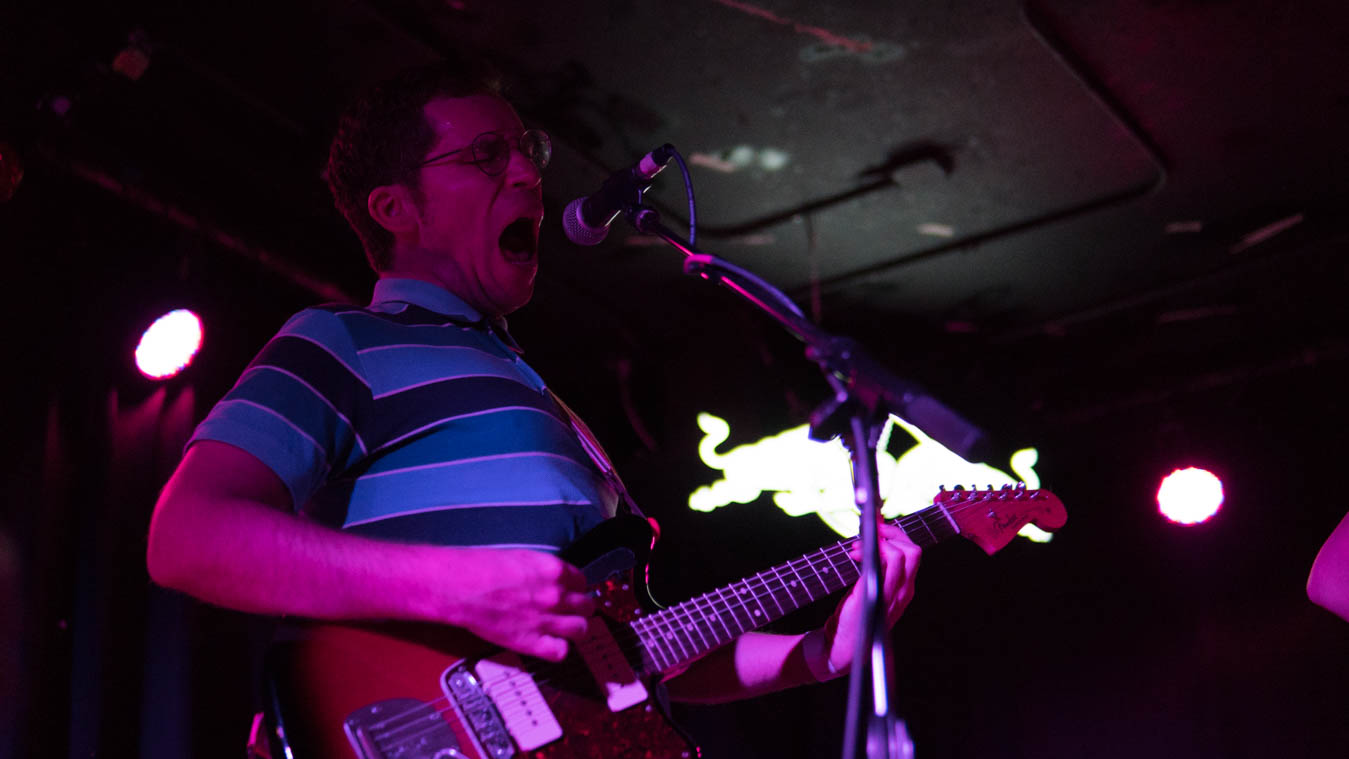 At first, this sounded like experimental robot noises mixed with a distorted stream, almost like someone jammed the transmission on some white noise. I wasn’t sure at first if I liked this, but it grew on me, especially with the addition of a more steady bass-heavy rhythm.  Their experimental, sometimes ambient sound might not be mainstream ready, but their set was a thought-provoking journey I’d happily take again.

With a complete 180-degree rotation, Meat Wave released a lot of pent-up punk rock energy.  Their lead singer’s vocals were similar to Ted Leo.  With their lively set, it’s no surprise that they’ve been one of the bands to watch for several local media outlets.  If you’re into good old garage rock, anything off of Side One Dummy Records, or just looking for an awesome punk vibe, check out Meat Wave for nothing but raw energy.

Added to the lineup just days before the show, seeing Built To Spill in this small of a venue probably won’t happen again anytime soon.  I was sucked into a spacey trance watching unassuming guitar god Doug Martsch perform musical wizardry with his guitar less than five feet from my face.  To say I had a music nerd moment is a bit of an understatement considering I just about lost my mind  watching this set.  Accompanied by his stone faced bassist and drummer, Martsch’s airy, soothing vocals softened his winding jam sessions.  Martsch graciously greeted fans and thanked the openers by name, serving up a classy cherry to top this treat of a performance.

The guys from Parquet Courts were dressed like they could easily be friends with Napoleon Dynamite.  Once they opened with “Dust,” my attention immediately shifted to their musical performance.  Their engaging set was seasoned with a sprinkle of hilarious debate among its members about the health benefits and hazards of Red Bull.  Lead singer and guitarist Andrew Savage was especially fun to watch and photograph, with many of his photos looking like he was about to emit a sonic boom like X-Men’s Banshee.

To help celebrate the Empty Bottle’s 25th anniversary, the first 50 people in the door received a sizable free Empty Bottle 25th Anniversary Book.  In addition to free concert posters, at the end of this show, they gave out individually packaged steaming hot pizza slices–which was a godsend after having been at the venue for 4 hours.