The weather forecast looks grim today, so why not stay in and catch up on all the music news you missed with the latest installment of On the Radar? 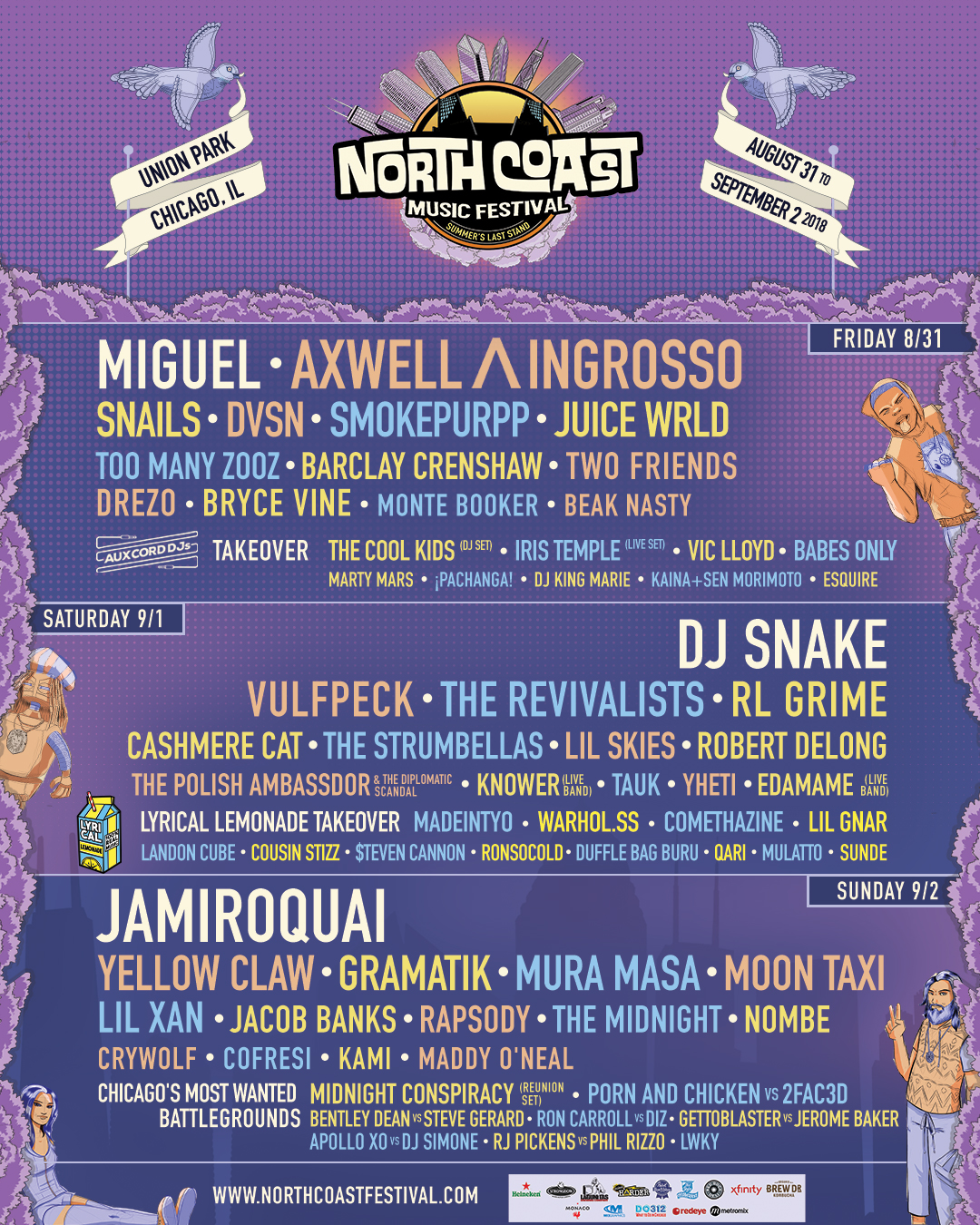 Other acts on the bill include Lil Xan, Lil Gnar, MC Juice World, Vic Lloyd, Strumbrellas, Qari, Moon Taxi, Nombe, and Cool Kids to name a few. It all goes down Friday, August 31 – Sunday, September 2 in Union Park. Tickets are currently on sale. To get your tickets and to see the complete lineup, visit the North Coast website.

The Queen biopic Bohemian Rhapsody has been in the works for several years. After various setbacks, delays, and recasting the trailer for the movie finally debuted last week. The clip shows star Rami Malek eerily channeling Freddie Mercury on stage, donning some of his most iconic outfits. The trailer features Queen cuts “Killer Queen,” “Another One Bites the Dust,” “We Will Rock You” and “Bohemian Rhapsody.”

Along with the trailer, 20th Century Fox has announced a contest that lets fans record their best rendition of the iconic song on their mobile device. They’ll be entered for a chance to have their voices put in the film. Visit PutMeinBohemian.com to enter.

Kanye’s been quiet lately ever since his alt-right thoughts sparked outrage from critics and peers. Instead, he’s been working on a slew of new albums including his next LP and a collaborative album with Kid Cudi called Kids See Ghosts. Last week, he posted a brief video from the studio, which featured the tracklist on a pair of whiteboards. They also revealed the tracklist for Pusha T’s currently untitled solo album.

The video also shows titled for two Kayne solo tracks: “Exactly” and “Wouldn’t Leave” along with the opening track to Nas’ upcoming album, “Everything.” Find all the information here. Last month, Kanye revealed his new album in a series of tweets. He also announced the LP with Kid Cudi and the new album from Nas. Recently, it was revealed he co-wrote and co-produced “Accelerate” the lead single from Christina Aguilera’s new album, Liberation.

U2 brings their eXPERIENCE + iNNOCENCE tour to the United Center for two nights. Catch them May 22 and 23 and get tickets here.

Hip-hop outfit Arrested Development returns to Chicago to play the House of Blues May 23. Get your tickets here.

Kick off the holiday weekend with Wet featuring Inc. No World and Samson at the House of Blues on May 25. Grab tickets here.

Make sure you check out Legends Fest featuring Scarface, Twista, DJ Quik, MC Lyte, KRS-One, and Shawnna May 25 at the Arie Crown Theater. This is gonna be a good one, so get tickets.

If you’re a fan of local favorite NE-HI then you probably know what Earring is about. For those not in know, it’s a dreamy, shoegaze rock band featuring NE-HI members Jason Bala and Alex Otake. They released their debut album, Tunn Star, in 2016. Now, they’re back with new music that takes a slightly different direction than their previous release.

Last week they premiered their new song, “Flower Every” on Paste Magazine. Whereas their last album was heavy, yet didn’t slack on the catchy hooks, this track is mellow, light, and easy going. The band offers a cryptic description of the song saying: “We pick some flowers for what they might say. We give them to speak the things we don’t know how to. This song is one of those flowers.” Listen to the song here. Make sure to follow Earring on Facebook. You can stream and purchase their previous over at their Bandcamp page.