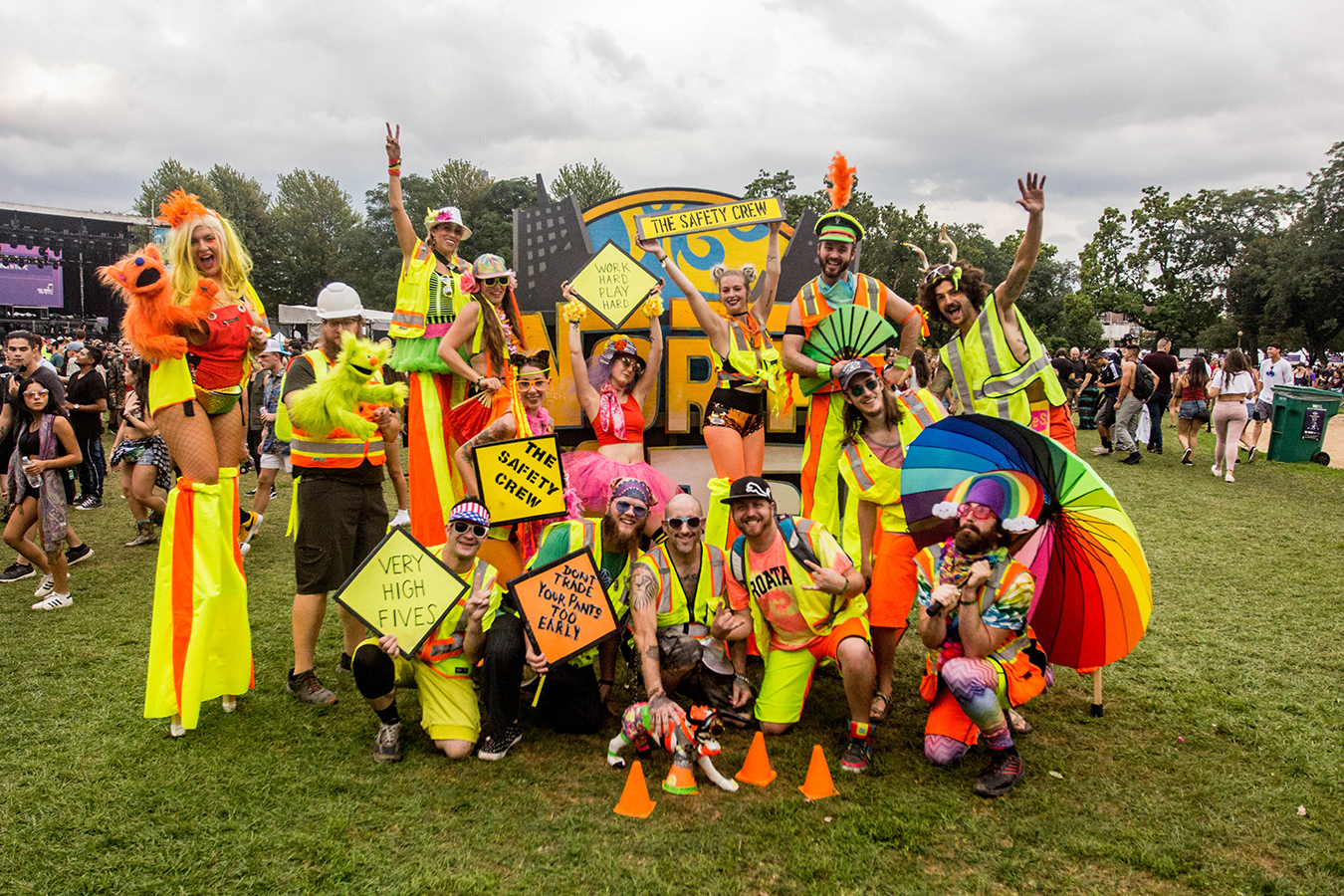 This years North Coast Music Festival was a difficult success. React Presents pulled out all the stops for a successful festival and it was potentially going to be one of the best festivals in Chicago for the year. Unfortunately the weather put a huge damper in what fans came to see and enjoy at North Coast 2018. All 3 days had stacked lineups, but the first 2 nights got screwed out of some potential amazing memories by the headliners that never made it to the stage, The first night headliners were cancelled due to violent thunderstorms with torrential down pours and lightening. The second night’s headliners were also cancelled because of violent lightening and thunder in the area. Luckily the final day was able to go on without a hitch and closed the festival out on a high note. Be sure to check out the 3 galleries from the weekend at the end of the festival recap.

This year I was fortunate enough to meet up with some of the artists during the weekend to do some off stage photo shoots and get to see them in a more relaxed and laid back setting. The Cool Kids, TAUK, Marcus Atom, Manic Focus, and Kami all were gracious enough to give me the opportunity to capture them.

Arriving on Friday in the beginning of the day I had high hopes for a lot of memorable performances to happen throughout the weekend and almost right off the bat that happened in the artist Bryce Vine. The energy that he brought on stage to kick off the early day of Friday brought fans right over to see him perform as soon as they entered the festival grounds.

The first day had a lot of talented up and coming artists putting on some amazing sets during the afternoon to hype up the fans that arrived early. Too Many Zooz brought one of the largest crowds during their set and stage presence is the reason why. The festival filled up early in anticipation for Miguel, Axwell ^ Ingrosso, and The Cool Kids.  Everything was going according to plan and out of nowhere a storm developed and hammered the festival until the organizers had decided to cancel the remainder of the day. DVSN was one of the last acts to get a set in and he was a powerful force on stage with his soulful R&B. There was so much promise for the way the day could have finished strong.  Miguel was able to get a set in, but it was at Concord Music Hall where he ended up opening for Manic Focus. I never heard if Axwell ^ Ingrosso or The Cool Kids were able to find a after party location to pull off a set that night.

Saturday’s lineup was packed with a stellar lineup that blended genres throughout the day. Chicago’s own Ric Wilson kicked off the day on the Coast Stage and brought a very positive message to fans who arrived early. Being a hip hop artist that preaches love and respect was a beautiful thing to witness and he had everyone who was watching him perform loving everything he  had to say.

TAUK was one of the early festival favorites that fans packed the North Stage to see. Their American Jazz fusion is a sound that you don’t hear much in the music landscape and they have become a staple in the festival circuit over the past few years with their popularity growing quickly. They played a flawless set that had fans grooving the entire time.

Robert DeLong was one of the acts that is quickly gaining popularity through radio airplay of the songs “Don’t Wait Up” and “Long Way Down”. With his set up of synthesizers, drum machine, hacked joy sticks, and a live band backing up for part of the set, he was one of the most entertaining acts to watch on Saturday. Bouncing from one instrument to the next on stage, the amount of energy he brought to his set, gave for a stellar performance!

The Strumbellas had another massive crowd for their acoustically harmonic set. Most people know them from their song “Spirits”, but they have a strong catalogue of music that can rival that radio hit and they gave anyone their seeing them for the first time a good reason as to why they should be given a chance in the future.

Some of the other big highlights of day 2 were RL Grime with a solid set and a healthy amount of pyrotechnics, The Polish Ambassador & Diplomatic Scandal, and Knower. Vulfpeck was one of the sets that ended up being a massive party where the members were bouncing around from instrument to instrument and putting on one hell of a show for everyone who was fortunate to catch them. These guys were just having a party on stage and gave one of the most entertaining sets of the weekend. Definitely catch them the next time they come to Chicago.

Early in the day Cofresi had a set prepared that was going to be a huge hit for fans.  Technical difficulties with his equipment hampered a portion of the set, but he was still able to bring out his guests Marcus Atom and Austin Fillmore to lend a hand on vocals to a few of his tracks. Other notable acts of the afternoon that brought fans in droves were Nombe, KAMI, Jacob Banks, and The Midnight.

Moon Taxi, after their two nights opening for Dave Matthews Band out at The Gorge Amphitheater, flew cross country to give a fantastic and upbeat set. Moon Taxi has been touring tirelessly bringing fans a message of positivity throughout the country and gaining popularity in the process. Their set got fans hyped up and ready to go for Jamiroquai.

Once Jamiroquai took the stage, fans packed in around the Coast Stage to see an artist that had not performed in Chicago in well over a decade. This was hands down the most talked about set leading up to the festival and Jamiroquai did not disappoint.  This was a set that had every fan in attendance singing along and hanging on every move Jay Kay busted out. After all these years he still sounded like he did back when “Virtual Insanity” exploded onto the scene. It was a set filled with their massive hits and ended up being a non stop dance party. Jay Kay and company are still a very relevant part of the music scene and fans proved to them that they are still yearning to see them perform live on a more frequent basis.

After all that fans, organizers, and staff encountered over the weekend with the weather, this festival still showed that it is a fantastic and popular Chicago music festival. Being the 9th year that this festival has been around one can only imagine that the organizers are already hard at work to pull off their best festival yet with their 10th anniversary. Lets just hope that the weather doesn’t end up being a factor in halting the festivities next year. Cheers NCMF and React Presents! You did Chicago proud.