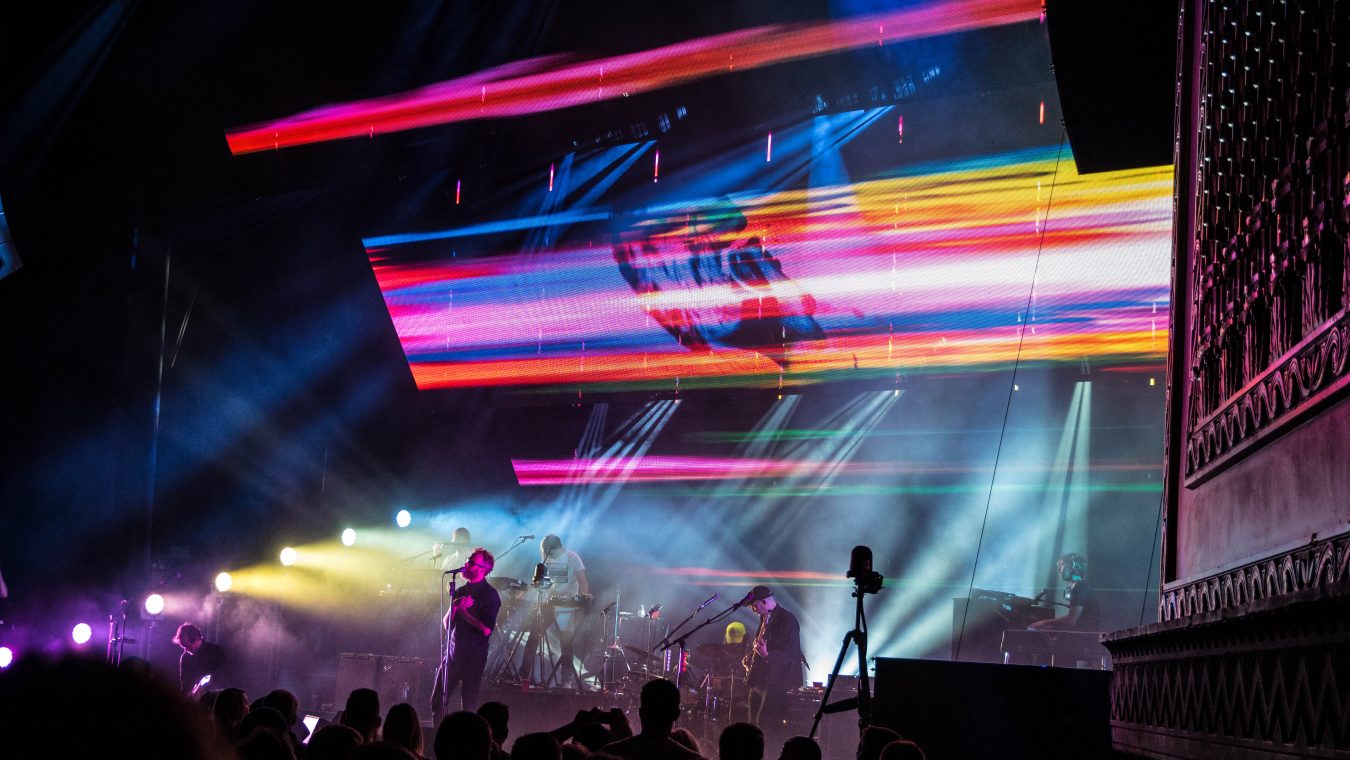 This Is The Kit

This Is The Kit opened with a brief, yet angelic set befitting the gorgeously gilded Civic Opera.  Although the number of people onstage would lead you to believe otherwise, This Is The Kit is the moniker for indie-folk singer-songwriter Kate Sables and her collaborators.  As the second night at the Civic Opera and the last night supporting this leg of The National’s “Sleep Well Beast” Tour, Sables graciously thanked all the people on tour with them.  Their set had a very cinematic feel with the dramatic lighting, five-piece wind ensemble, and heavy guitar distortion.  As their’s was not the headlining set, much of the joy of my experience was disrupted by folks talking loudly as they attempted to find their seats.

Night two of The National at the Civic Opera was very different from the smaller, general admission, standing room only shows I normally see.  I was happy to see the entire audience stand up for the set The wine flowed–and occasionally flew–freely as did a slew of adult emotions from lead vocalist Matt Beringer as well as those around me.  As is customary with The National’s concerts, Beringer downs at least a bottle of wine onstage.  On three separate occasions, Beringer threw his cup of wine up or across the venue, showering his band members and audience alike in a grapey spritz.  Beringer made his way into to the audience for one of the livelier songs, before making his way back onstage and tossing his beverage nearly half-way back into the ground-floor audience.

With such a grand venue, the visuals helped maintain a sense of intimacy as the cameras panned in on different parts of the stage, projecting zoomed-in visuals onto a series of disconnected screens hanging above the stage.  The production team also did an awesome job of highlighting band members for solos, taking some of the focus off of charismatic lead singer Beringer.   The production aspects really served to match the intensity and chaos of the lighting and visuals with each song, deepening the emotional connection to the audiovisual spectacle.  One of the songs paired with lighting similar to the Northern Lights was punctuated perfectly with trumpet sections accenting the songs just enough to improve upon what was already there without unnecessary frills.