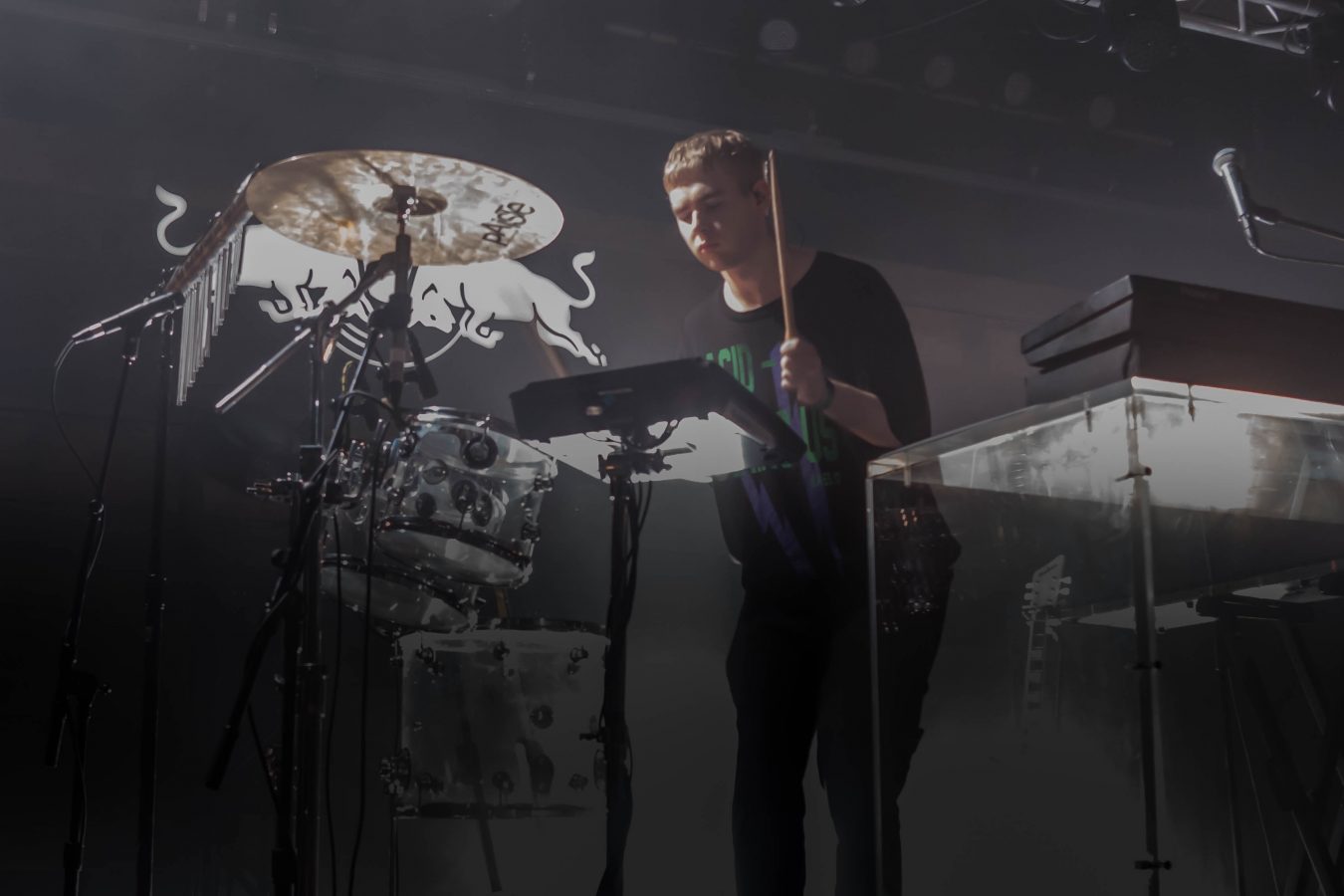 I was admittedly slightly bummed when Bonzai–originally slated for this lineup–suddenly dropped out without notice.  However, it was a pleasant surprise that she was replaced by the smooth L.A.-based  slenderbodies.  The indie pop duo sound like a stripped down Glass Animals, thanks to eerily similar vocals, complete with airy and gentle whisper-singing.  During their short set, they played “sublime,” newest track “lucid,” “oasis,” and finished up with “anemone.”  Check these guys out if you’re looking for a chill, but smooth vibe.

The night continued its gradual ascent, with the more upbeat Tennyson.  Siblings Tess and Luke Pretty kept a similarly chill, ambient vibe, building up energy before abruptly reaching their set’s crescendo.  With Tess on electric drums and Luke playing pretty much everything else, these two brought their chill tracks to life.  Luke brought tons of energy to stage, dancing around and switching up instruments in an emphatically playing keys and syncing up drumming out beats with his sister in a delightfully choreographed fashion.

Multi-instrumentalist Alex Crossan, better known as producer prodigy Mura Masa, was essentially a one-man band for his live show.  Touring singer, dancer, and hype woman Fliss was an awesome complement to Mura Masa’s concentrated and understated stage presence.  As the only instrumentalist on-stage, Mura Masa was largely confined to an elevated square platform housing all of his instruments.  With Fliss bouncing around on-stage, dancing and swinging her long blue locks in nearly every direction, there was plenty to watch for a show with very minimal lighting effects.  The clear platform and drum set were a nice touch, allowing not only light to shine through, but also sheer talent while demystifying what  most electronic producers do on-stage hiding behind bulky tables and towers of equipment.  His upbeat, catchy jams had the crowd dancing like a giant sea of hands with glimmers of light revealing faces mouthing lyrics through smiles.  His encore started off more mellow with Mura Masa returning to the stage solo to play “Blu,” even taking a moment to lay down with a towel over his head before jumping back in to complete the song.  He and Fliss reunited on the stage to finish out strong, ending the evening with tons of energy before unleashing the crowd back into the city.