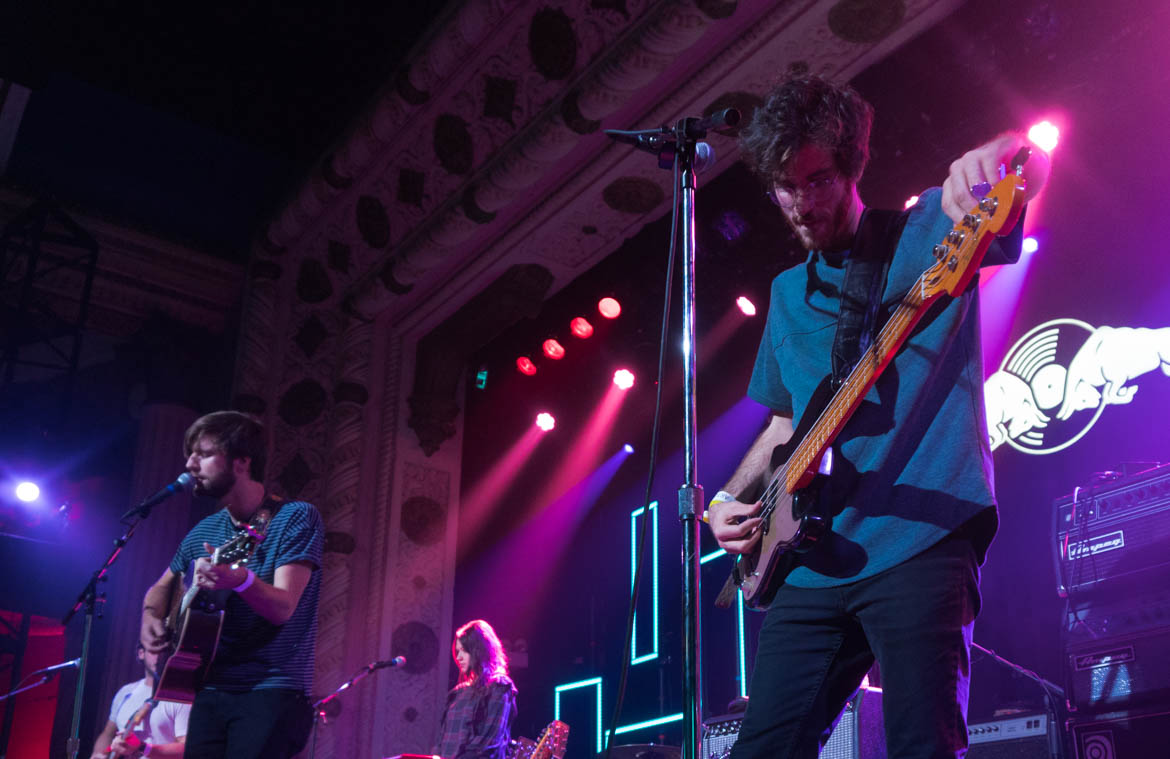 I caught up with Mt. Joy when they opened for Whitney and NE-HI at night 2 of Red Bull Sound Select’s 30 Days in Chicago.  If you haven’t heard of them yet, you’ll want to (think The Lumineers or The Head and The Heart).  Until last week, they only had four songs on Spotify, but they’ve already played Lollapalooza and Bonnaroo.  While the band is named after a mountain by guitarist Sam Cooper’s childhood home, their genuinely blissful set brought another meaning to their band name.  They are hitting the road soon to play with The Revivalists and Neko Case and are planning to record their album for release early next year.

Who They’ve Loved Playing With

The Shins, The Head and the Heart, and Mondo Cozmo

This one is almost like a recipe with the strangest ingredients ever.  High school buddies and founding members Matt Quinn (vocals/guitar) and Sam Cooper (guitarist) make up the basis for each song as the “microwave” and “toaster oven” components of the recipe.  Then, Michael Byrnes (bass) and Sotiris Eliopoulos (drums) sort of solidify their general sound as the “jello” of the group.  Lastly, Jackie Miclau (keys) acts as their resident “salt bae” (and babe) putting the finishing touch on each track.