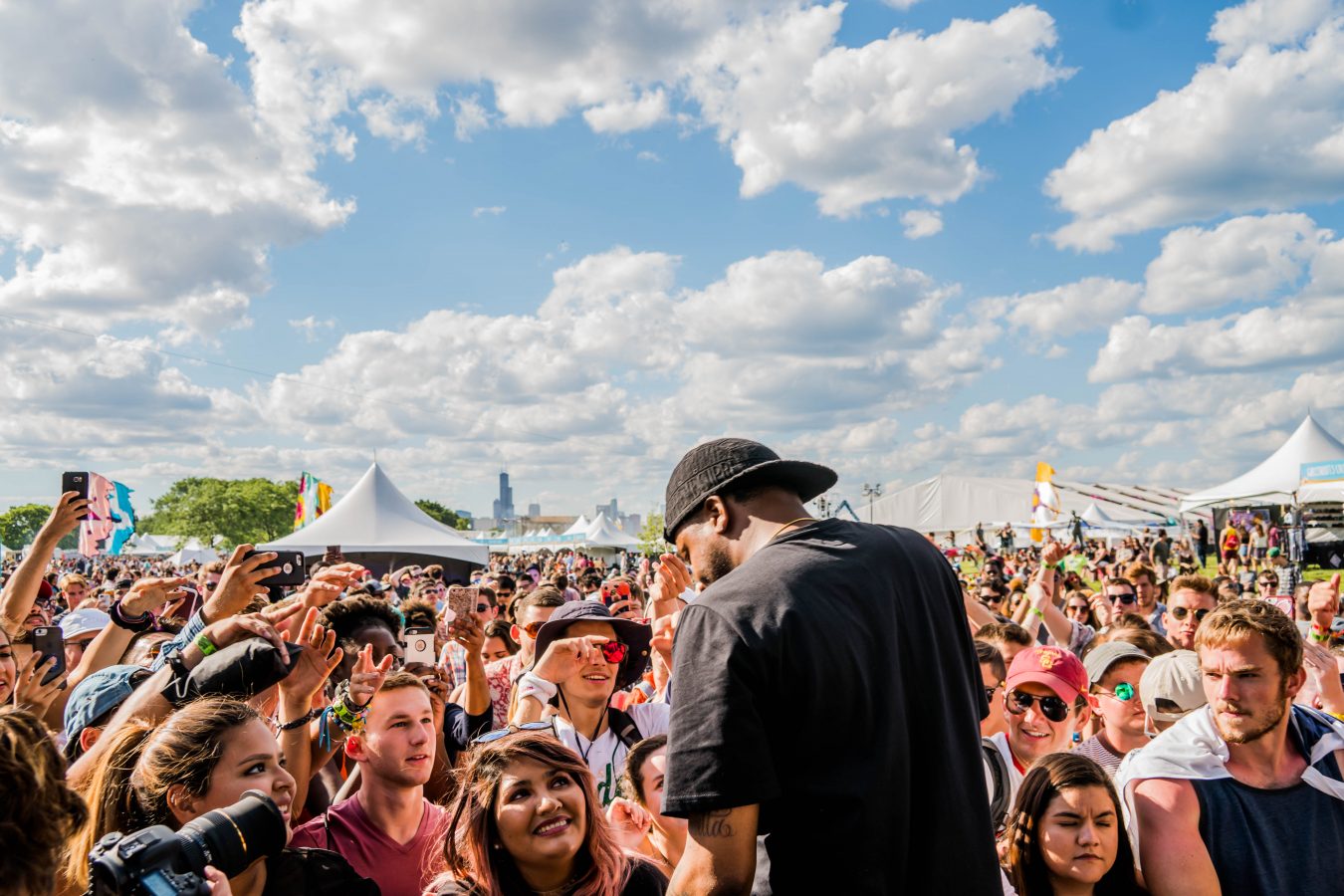 In just its third year, Mamby on the Beach proved it again this year it’s top place in the Chicago music festival scene. Offering some of the best views of the city skyline, Mamby curated a one stop shop thoughtfully created and diverse lineup.

Hip-hop, electronic music artists and electronic jam bands made Mamby into a weekend of nonstop vibes and dance fest.

Chicago’s own came to represent at Mamby with homegrown artists like Saba, Green Velvet and Sir the Baptist.

The beachfront views were not the only unique thing going on at Mamby. Free activities including fortune readings, yoga sessions and health workshops made the festival an exclusive festival sized boutique.

West side rapper Saba and his PIVOT gang took over the Park Stage the first day. Saba is best known for his collaboration with Chicago’s mega star Chance The Rapper in “Angels”. For being so young in his career looked and sounded like a seasoned professional with performances off of his latest EP, Bucket List Project. He brought out another Chicago based artist on the rise Smino. Saba dedicated his performance of “Church/Liquor Store”, to the late Pivot Gang member John Walt.

It was fitting to have Sir the Baptist perform on the final day on Sunday. The Chicago hip-hop artist took everyone at Mamby to church with his holistic lyrics and soul filled sound. His tender and modernized approach to the rap culture made his Mamby set one that you couldn’t miss.

BJ the Chicago Kid serenaded festival goers as the R&B MoTown singer hit the Park stage. Frequently collaborating with artists like Schoolboy Q, Kendrick Lamar, Warren G, Big K.R.I.T and Kanye West, BJ the Chicago Kid is no stranger to show stopping sets. Performing “Church”, “It’s True” and “The New Cupid”, it was safe to see why BJ is one of best in R&B.

Columbia Records artist Phoebe Ryan shared her love for drugs and upbeat tunes. Performing for the Mamby crowd with her ballads of “Ignition / Do You”, “Mine” and “Chronic”. The New Jersey native is on the rise of the pop scene writing for some of biggest names in the business like Brittany Spears. Now Phoebe Ryan is trailblazing with her solo career. Ryan is currently working on her upcoming debut album. 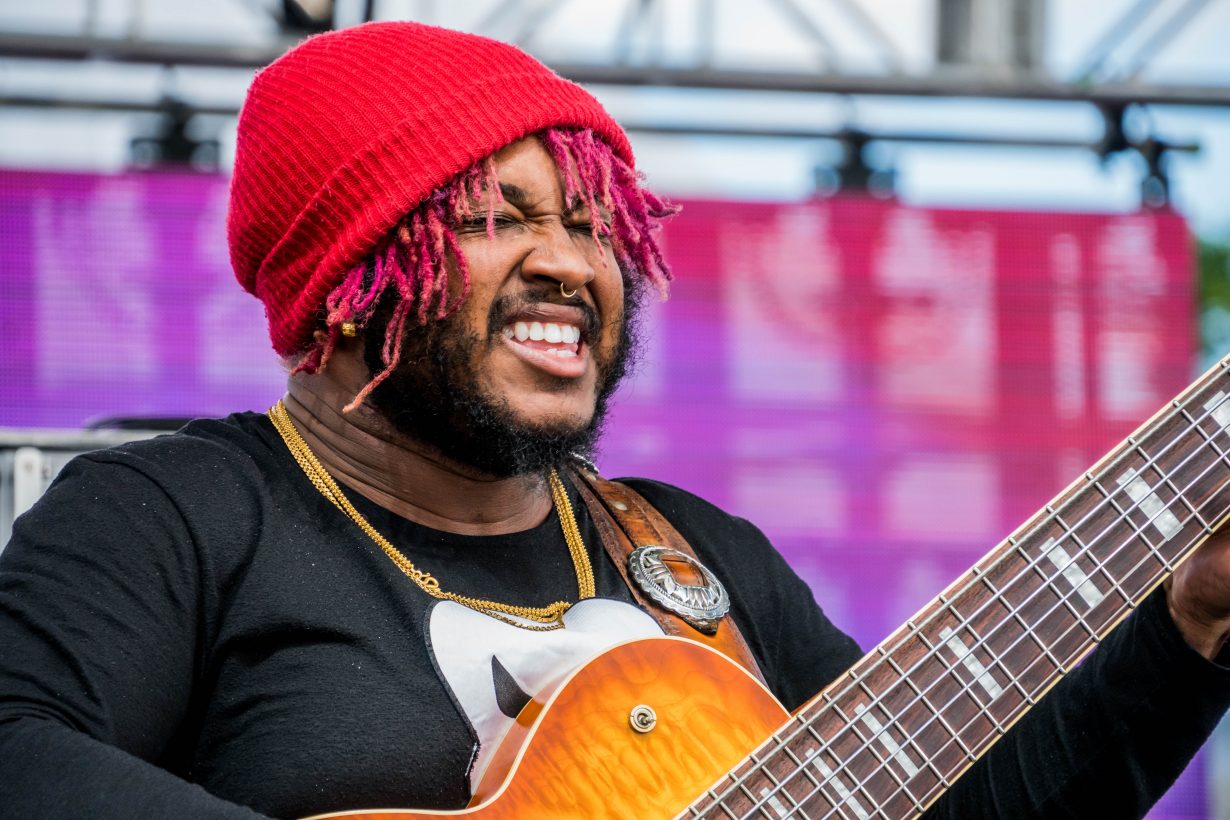 Mamby was transported back into the 70’s with Thundercat leading the charge with everyone in tune with his electric based band notes. The ultimate jam fest took over with a live experience that made you want to jump in and join the bass player master. If you’re not familiar with his work, you have heard of him before. Thundercat last year won a Grammy for Best Rap/Sung Collaboration for his work on the track “These Walls” from To Pimp a Butterfly. Experiencing the Grammy winner live made Mamby come to life with a bass line that could be heard throughout the city.

French DJ Klingande met his match bringing his signature tropical house sound beachside to Mamby. The producer brought his mega hits to life with a live performance of “Jubel”.

Closing off the final night Walk The Moon, Green Velvet and Flying Lotus, all respectfully made sure Mamby ended the best way possible.

Young fans gathered and went berserk when the Cincinnati rock band Walk The Moon led Mamby festival goers to a massive dance party that began with their songs like “Shut Up and Dance”.

Green Velvet never disappoints. He always bringing a little surprise with everyone of his sets. The Chicago legend was beachside at the Mixmag DJ Tent, bringing back the feeling of the 80’s-90’s the height of house music to Mamby.

L.A. producer and DJ Flying Lotus had a different spin on performing his set. One white screen in front and one behind Lotus covered him and all of the stage. The two different screens would broadcast different images and videos that went along with his set. The underline bold and explicit images tailed to his work from You’re Dead! and Until the Quiet Comes.