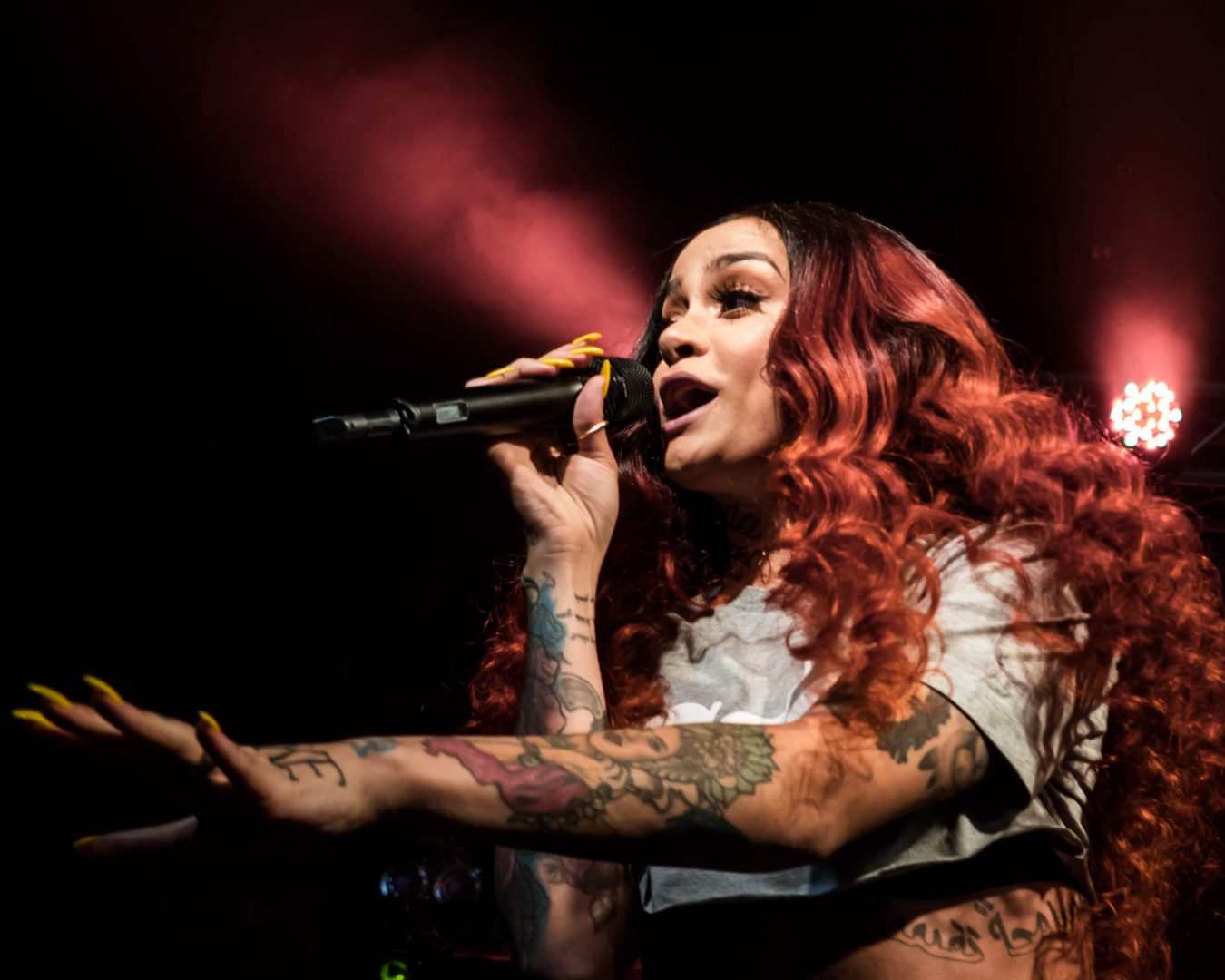 Kehlani is the most innovative R&B artist today. The 22-year-old is a growing impressive original that connects to fans on a beautiful and personal level.

Released earlier this year, SweetSexySavage, was Kehlani’s proper debut album not only showcasing her incredible talents but conveying her honest and blunt truths. She does this through her ultra personal and relatable lyrics. Emotionally sharing every part of herself, SweetSexySavage talks about the enjoys of love and the hardships of love torn pain.

Kehlani, a Chicago favorite, sold out Concord Music Hall on her SweetSexySavage tour. Along with support from rising stars in R&B both JAHKOY and Elia Mai, respectfully, made Kehlani’s SweetSexySavage Chicago a night R&B night. Noodles was on the decks that night with her spin of R&B classics.

Canadian Def Jam signee, JAHKOY opened up the night in a fierce way performing from his latest album Foreign Waters. Jahkoy is not one to sleep on with already major co-sign from The Smiths and Pharrell. JAHKOY’S “California Heaven”, which features SchoolBoyQ, is the perfect introduction into the mind of a rising R&B star.

London native Ella Mai made her Chicago debut with the sold-out crowd cheering her on every second. The beautiful voice shared track off of her Ready EP on 10 Summers. Instantly becoming a fan favorite listening to Ella Mai will only make you realize how much you’re missing out by not following this future queen.

Magnificently capturing and bringing to life SweetSexySavage. Kehlani took her sold-out crowd on a journey of emotions that only the Oakland native could do.

Kehlani showed her support to the Chicago crowd for their love and early support in her career. Sharing a story with her fans, Kehlani shared the first time she performed at Concord Music Hall was when she opened for rapper G-Eazy a few years ago.

In awe, Kehlani made sure her sold-out crowd knew she felt the love, returning headlining her own show. No doubt with her success Kehlani will sell out a larger music venue twice the size in no time.

Because of her honest and bold music, Kehlani had Concord Music Hall that night in the most intimate and heartfelt sing-along.

Kehlani is set to return to Chicago on June 7.