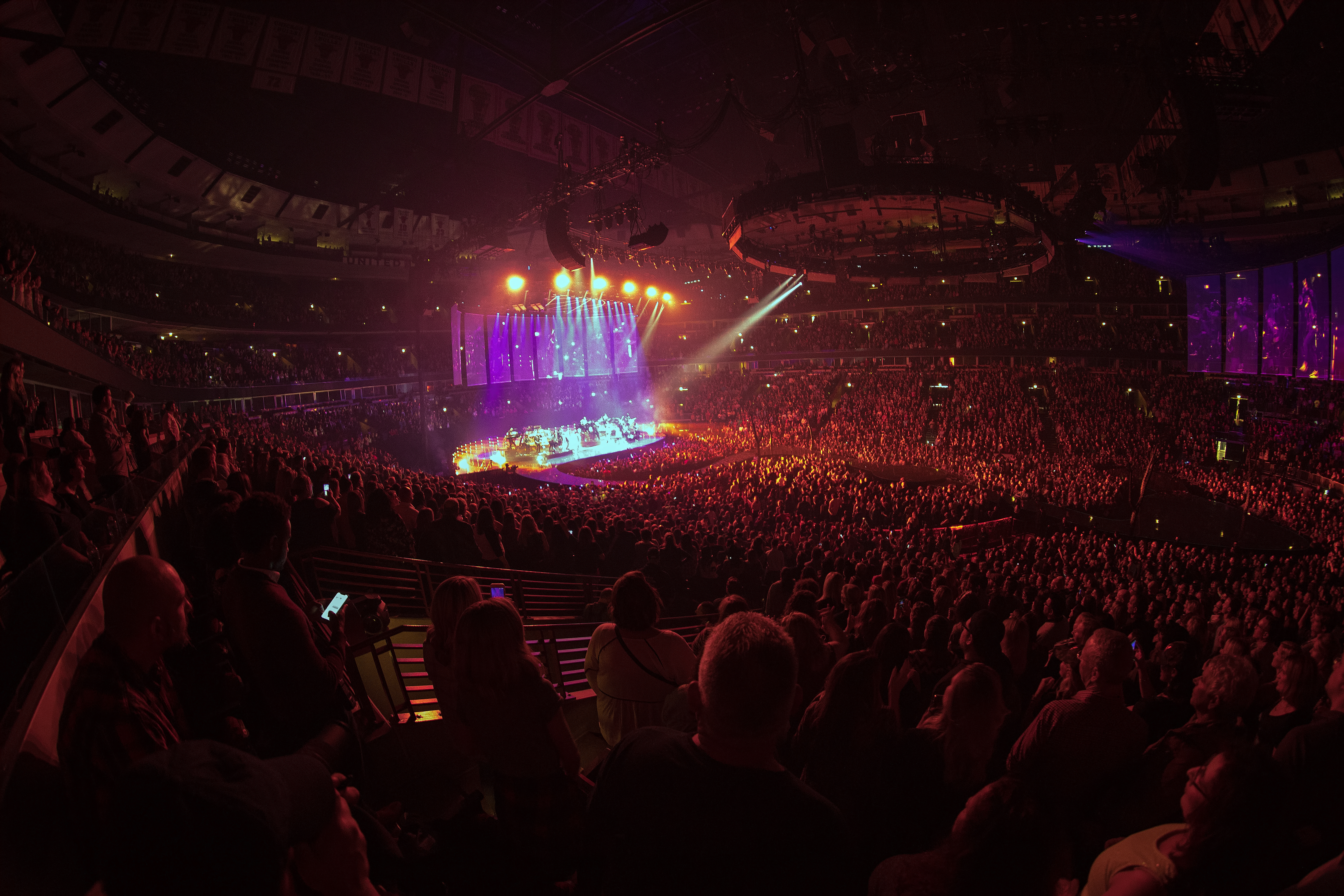 Justin Timberlake brought Man Of The Woods to Chicago. The demand to see the Memphis-born singer/songwriter/dancer/multi-instrumentalist is at an all-time high. Fans got a chance to experience the massive squiggle-shaped, tree-laden stage with three main landing points, Justin Timberlake, an 11-piece band The Tennessee Kids, six dancers and four background singers who strutted and shimmied.

Justin started with the futuristic, laser-decorated “Filthy,” which of course had everyone surging to their feet, but not quite at the mania-level that transpired when “Sexy Back” started a little later. Justin Timberlake’s set lasted a high-paced two hours and 10 minutes and rolled through many hits, including “Cry Me a River,” in which the full-stage contraption turned into a river of fog. There was also “Rock Your Body,” where a section of the floor turned into a discotheque; “Señorita,” where Justin Timberlake played the piano while spinning in a circle; and “Suit & Tie,” where Justin Timberlake essentially twirled the mike stand like a baton.

You can tell Justin Timberlake has fun with the Kids and his dancers. A highlight of the set was all of them sitting around a campfire and benches — yes, there was a real campfire onstage — and singing classics such as the Beatles’ “Come Together,” John Denver’s “Thank God I’m a Country Boy,” and Fleetwood Mac’s “Dreams.”

He closed the evening with “Can’t Stop the Feeling” which put the party completely over the edge, bursting with personality in this extended edition and clinching Timberlake’s reputation as the premier showman of his generation. At one point, Justin Timberlake said, “There is something crazy about this crowd… and, if you’re not careful, someone might get pregnant.”

Collectively, the Man of the Woods tour was marked by dazzling vocals, exquisite choreography and dynamic visuals. It was a performance that delivered for fans both young and old, as well as, a proclamation to the world that although Justin Timberlake is an old school entertainer at heart, he continues to break new ground.