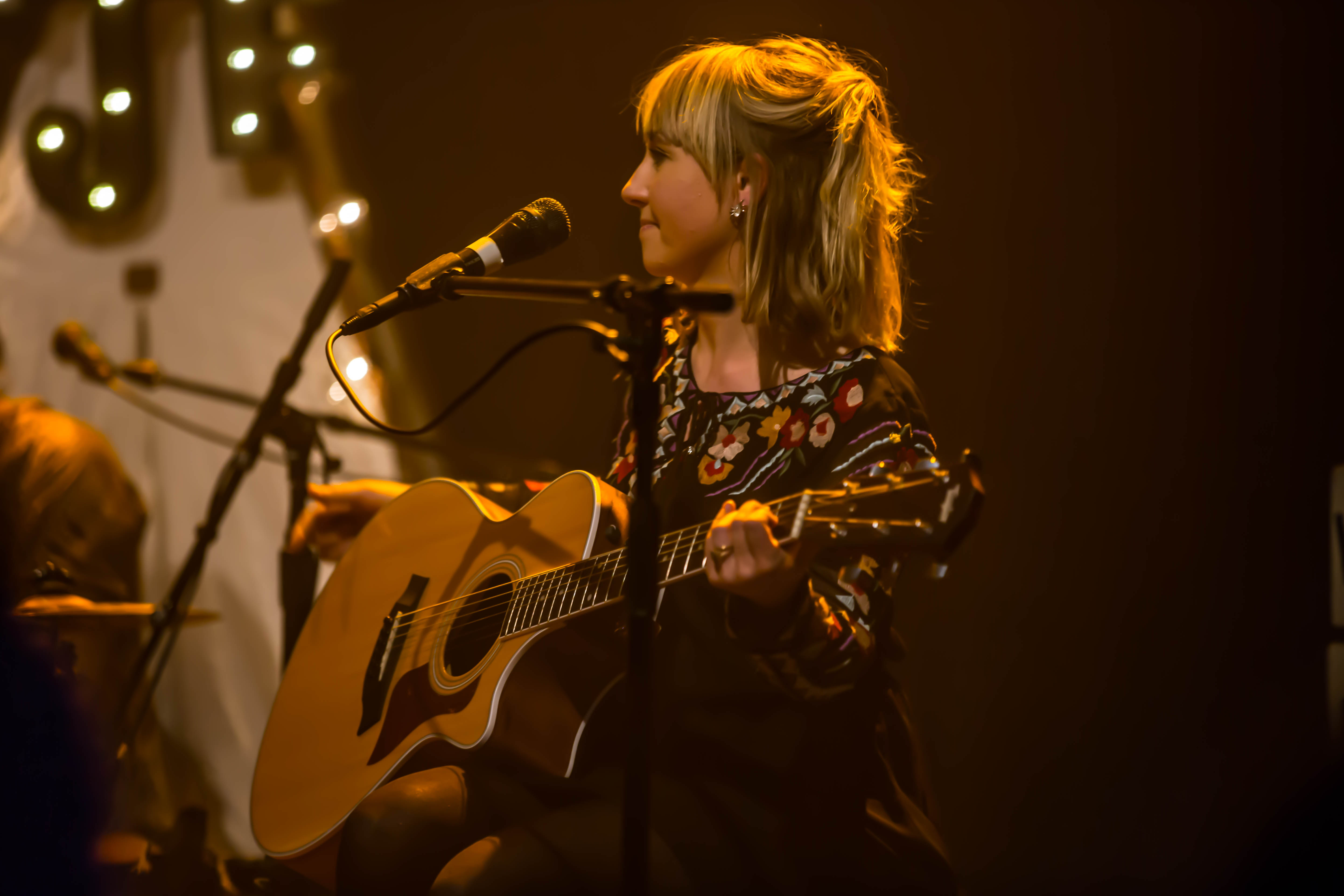 The Joy Formidable made it back to Chicago with a completely different concept to deliver to fans. What you normally receive is a hard hitting and fun show that sticks with you for a long time. Monday night gave the sold out show at Lincoln Hall a much more relaxed vision and it did not disappoint! This is more of a mini tour as they are only playing 7 dates for their “Leave No Trace Tour“.

Fans were treated to a phenomenal duo by the name of OHMME, who resides here in Chicago, to kick off the show.  They set the tone for the night by giving the crowd a beautiful and melodic set that had the audience yearning for more. To hear their track “Woman” live gave me chills. Sima and Macie sent you on a journey with such passion in their set. They complement each other so well both vocally and instrumentally, you feel they are going to make it big in the very near future.

The Joy Formidable gave fans a set that was honestly an awe inspiring and hilarious treat. Their set consisted of a diverse selection of songs from throughout their career. What gave fans the most enjoyment was the banter between the band and the fans. The interaction throughout the night resulted in a healthy amount of laughter. Matt being given a microphone resulted in a lot of comic relief.  Whether it was him covering “Dancing On The Ceiling” in the key of C or trying to replace his non existent cowbell. Ritzy had such genuine banter with fans throughout the night and Rhydian fed of of that. What you realize is that this band truly loves every single one of their fans.

The highlights of the night, song-wise, came in the form of “Whirring”, “Little Blimp”, “A Heavy Abacus”, “This Ladder Is Ours”, and the rarely played live “Tempo”. There were two other moments that really touched fans and touched the band as a result. When fans were able to meet Ritzy’s rescue dog Tony, he at one point tried to jump in one of the audience member’s lap. The other was when the band auctioned off a box used to sit for this tour. It was nothing amazing, but they were donating all of the proceeds to charity. The shock coming from the trio as the bidding was skyrocketing made them see the love that the fans have for them.

Whether you get to see them play their hard electric shows or you are lucky to see them perform one of these acoustic shows, you will be in for a real treat. They are extremely genuine and will give it their all at every single show.  They love performing and love their fans even more.  Truly a class act!