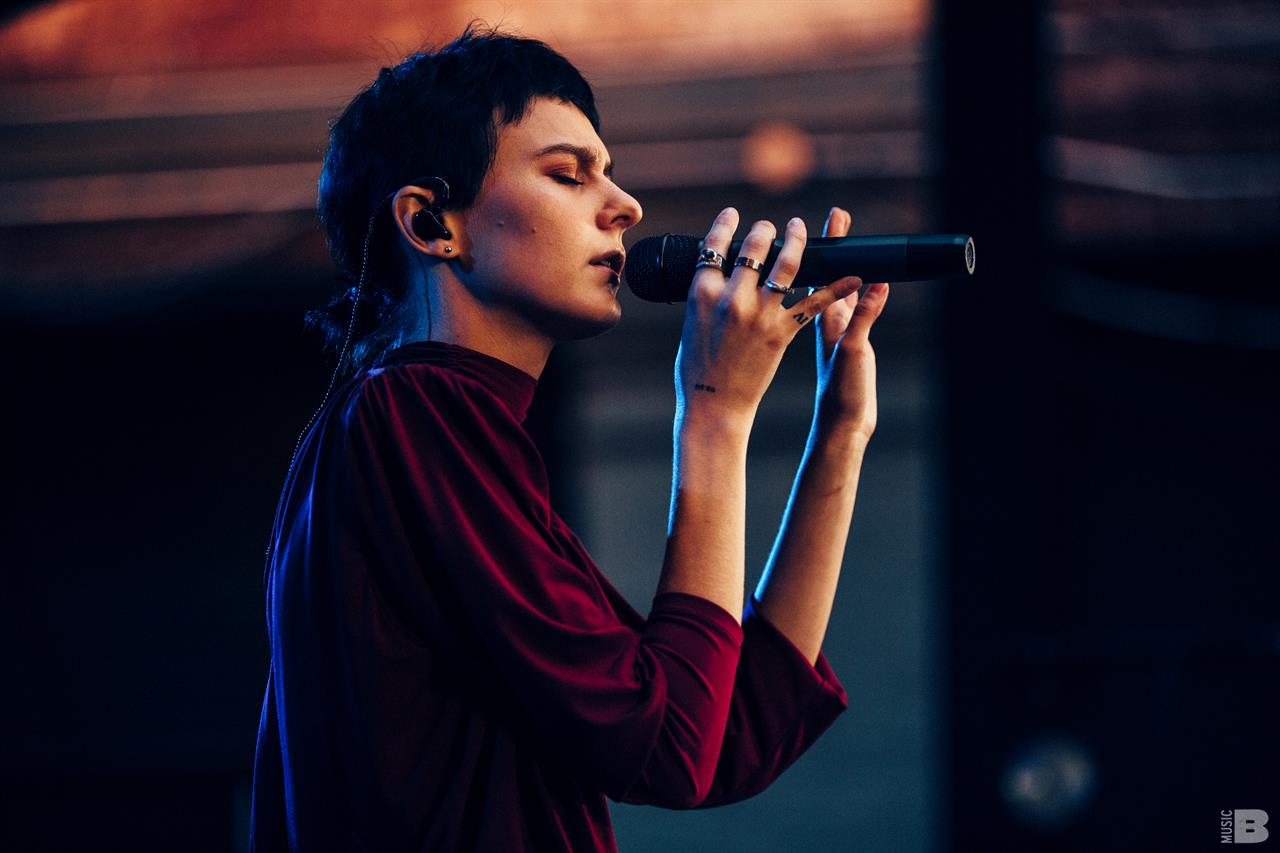 It’s been a whirlwind year for visual artist turned singer-songwriter Morgan Saint.  After signing to Epic records this summer, she released debut single “You,” which already has over a million listens on Spotify.  With the release of her debut EP 17 Hero,  she has solidified her unique brand of artsy, yet approachable dream pop.   With her background in illustration, photography, and graphic design, it’s no surprise that Saint (née Morgan Gildersleeve) has a very cohesive vision for both the audio and visual aspects of her work.

We had the pleasure of getting to know Morgan Saint and digging deeper into the distinct inner workings of her storytelling.   We delve deeper into a world of balance lightness and darkness, deep introspection and massive relatability, and astute presence and timelessness.  Read on for more behind the artist whose tunes will catch your attention and whose powerfully genuine, yet stunning vision will hold it.

CM: I know you have a debut EP that you just released last month  and you have a new single “You”  that has over a million listens on Spotify. How does that feel? Did you ever imagine yourself as a musician?

Morgan Saint: It’s been a weird and interesting thing because I’m so in the moment and trying to do this job in every situation that’s thrown at me. I wish I could experience it all from like an outsider’s point of view because sometimes I’m like, “oh well that just happened,” or like I don’t think I can even realize what fully I’m doing because I’m so super focused. But yeah it’s very cool to even just know that people are connecting even if it’s just a few people. I feel like very lucky and you know I think my goal and all this is really to just put out music that could make people feel certain emotions or feel like they’re not alone in certain situations.   If I can do that for a few people then I’m happy.

CM:  Your songs are deeply personal and sometimes take you to a dark place, but still manage to have a little bit of lightness and relatability to it. Is there maybe an overall message in addition to what you already said that you’re trying to communicate with your music?

Morgan Saint: I always try to be as honest as possible. That’s something that’s really really important to me and I think that writing my own music allows me to just talk about stories that I’ve been through. Life is not always easy and I know that’s something that everyone can relate to. I’m an abnormal person for having sad moments are difficult times. That’s inevitable just part of life and there’s so many beautiful parts of life even when you’re going through difficult times. Listening to other people’s songs and their stories and feeling like I’m not alone feel is like a really refreshing feeling.

CM: When you’re conceptualizing your songs or music videos do you think about those two in tandem? Do those two ideas sort of form at the same time? Can you tell me more about your creative process?

Morgan Saint:  Being a visual artist and studying it in school, the visual end of this whole project for me is equally as important. When I’m writing I sort of have this weird thing where I hear sounds. When I hear sounds I can see colors and textures come to mind. They’re definitely related. So every time I’m writing a song that there’s sort of an immediate visual thing that comes to mind in my head at the same time. When I’m in the studio working more on the production end of the songs, that’s also where all these layers and textures come to mind in my head.

CM: How do you accomplish putting that into so many different types of artistic expression?

Morgan Saint:  Thank you. That means a lot because ultimately that’s something that’s my goal. I’m very very hands-on with every aspect of my work as an artist. I’m definitely not just a singer. Sometimes I think my voice is not even my strongest part of myself. I want for everything I make to feel timeless. I would hate for anything I make to  sort of like die after a year or something. So I think I pay careful attention to the taste level of everything that I’m doing and creating stuff that will hopefully last and that will hopefully have a timeless feeling.

Morgan Saint:  Yeah, my mom is a normal response of a parent, but my mom will always say like, “you don’t always have to write about something sad.”  I’ve been thinking a lot about this lately because I feel that’s her being concerned for my well-being which I really appreciate. I’m not a really sad person. I’ve had really sad moments in my life and some difficult things that I’ve been through, but I’ve been reflecting a lot on it lately. I’m probably the happiest I’ve ever been in my whole life right now and it’s weird.

CM:  Still along the lines of your creative process, for your EP while you were creating did you already have 5 songs lined up or did they come to you while you were in studio?

Morgan Saint:  For the last year I’ve spent so much time in the studio just writing, making music and I didn’t just write and record and finish those five songs and then just stop. I recorded close to 25 songs with the intent of another release following the EP. I definitely picked from a larger body of work to choose the specific songs for a couple of reasons. There was this sort of chronological story that I have been telling through my writing. For me, it was sort of this idea or the theme of essentially looking for myself and trying to figure out who I am and what makes me happy and it’s been a journey. I think by the last song you can sort of feel this victory that I’ve accomplished.

CM:  I’ve also noticed that you’ve got a very unique. Where do you shop?  Is it mostly vintage or maybe some stuff that you make on your own?

Morgan Saint:  Thank you. I feel my most confident when I’m dressing or putting my hair or whatever it may be just for myself and what really appeals to me without thinking about what’s trending. Fashion is an extension of my creativity and how I express my feelings and who I am so I don’t see it as trying to impress other people or dress to appeal to certain people.  I think I found this more recently, but just like a really strong understanding of who I am,  And how I make other people feel based on our interactions. There’s a certain sense of empowerment that comes with just dressing for yourself and not really caring about what other people think, you know.

CM:  Is there anything else maybe that we haven’t covered here or that you would like for your fans to know?

Morgan Saint: I think that in time through my music and stuff, I think that there are a lot of different parts of myself that I haven’t maybe share through this EP. I think it’s cool for people to sort of just get to know me naturally through my life shows and the future music that I will release.