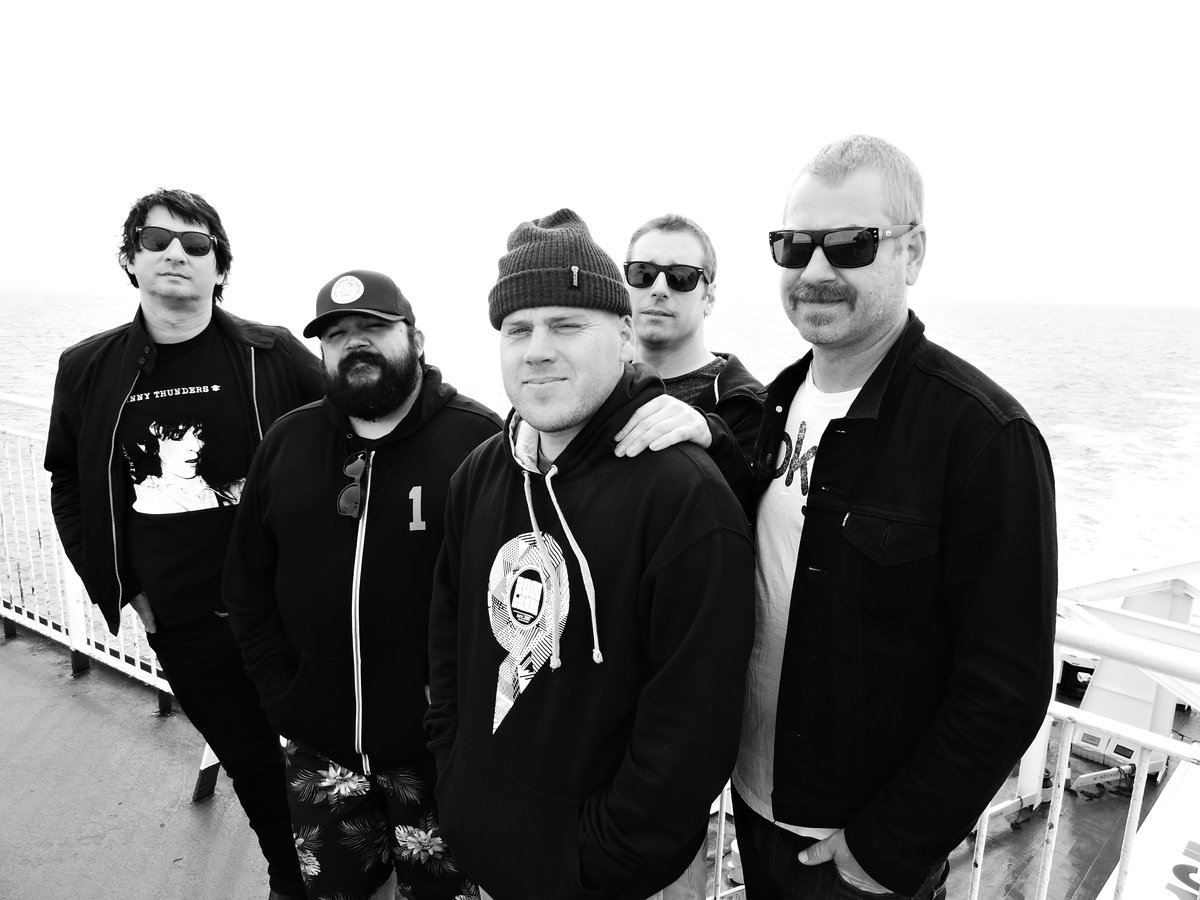 We interview The Bronx leader singer Matt Caughthran while they were on the road and talked his favorite collaboration, their alter ego Mariachi El Bronx, and how rad it is to be in a band.  The band is currently supporting their fifth album “V.”  Catch them Wednesday, October 11th at Subterranean and get reading for an amazing live show!

CM: How long have you guys been on tour for this run?

The Bronx: We’re still relatively kicking it off.  We started in LA on record release on the 22nd.   We just kinda went through Arizona worked our way through Texas and we’ve been at it for about a week or probably about a week and a half so you know it’s just kinda kicking off.

CM: I know you’ve been a band for 15 years now.  How does it feel to be a part of a band that has been around for that long with largely the same members?

The Bronx:   It feels awesome.  Longevity is a testament to dedication.  We really care about what we do.  More importantly we’re still attached to what we’re doing.  Everything still feels great, still feels inspired, still feels fun.  It’s not like we just have to keep things going because we’re afraid to let it go or we need the paycheck.  We’re still doing it for all the right reasons, so I’m stoked on that.

CM: The new album just came out.   What was the creative process like for that album?

The Bronx: It was pretty standard.  We write for a couple months.  We wrote a bunch of new songs and you know you pick the ones you’re most stoked on, the ones that feel the best and we actually recorded this record with Rob Stafp.  We did it in LA outside of the type of standard of recording, the rest was super smooth.  The funnest record we’ve done.  Everyone was super just ready for it.  Everything went pretty smoothly and it was a blast.

CM: It sounds like you guys had a really awesome time recording it and it sounds like it’s going to be a great live show.  How do you feel that recording this album has differed from some of the other stuff you’ve recorded as The Bronx or El Bronx?

The Bronx: It’s just different because with this record, we’ve just been through a lot in the last couple years as a band and individuals too, but more as a band you know a lot was happening.  To circle the wagon a little bit and hunker down with each other and realize that we’re in control of our destiny and it’s not really up to anyone else where we go except for us.  We kinda fell back in love with music on this album.  We kind of love being in the band and being in The Bronx and El Bronx, but sometimes the industry side of things can drain you a little bit.  Life in general can be draining sometime.  This record was kind of just us acknowledging that and using the band as a way to breed life back into everything.

CM: That’s really inspiring actually.  I feel like a lot of acts nowadays kinda just churn things out and go through the motions.  It’s awesome to be able find that.  With that in mind, the industry and you guys have been around for 15 years so the punk scene has really evolved a lot and the music industry in general.   Growing up Warped Tour was such a big deal and now all these kids are going to all of electronic music festivals.  How has touring life shifted with so few of these punk and rock-centric festivals around.

The Bronx: It’s not the 70s anymore.  So rock and roll is back in the alley ways where it belongs I guess.  It’s all good honestly.  It’s like you never really follow that stuff.   If you follow the trends of music or what’s popular or you follow the industry stuff to me you’re doing it all wrong.  Like we are who we are and we’re stoked on what we can accomplish between The Bronx and El Bronx and that’s kinda what we stick with.  We stick with trying to motivate ourselves and making sure what we do comes from the right place, that it’s honest and it’s something that’s good and something that we’re proud of.  That’s really where we draw the line.  We’re not one of those bands that’s going to be like, “oh, you know electronic music is popular so we should probably get a DJ on this record or we should do this or whatever.”  It is what it is.  It’s tough sometimes to be a rock and roll band in 2017, but at the end of the day, it’s not that tough.  You’re still doing what you love to do.  There are plenty of people that come out and see The Bronx and listen to live music and come out to see bands with instruments at festivals, so I don’t really trip on that.  I’ve got nothing but love for all different types of music and all different types of creative people.  Whatever is popular is going to rise and fall around us so we’re just going to stick to doing what we do.

CM: I feel like Warped Tour is the only like mainstream festival that is really catering to that audience.  At least for me, I grew listening and going to Warped Tour and I feel like it’s a little harder to find some of these rock shows.  You really have to find stuff and follow venues and look for specific types of bands.  I’ve seen a lot more rock shows at House of Vans than some other venues and it’s just kinda strange.

The Bronx: Well, yeah it’ll end up coming back and being more popular again.  Everybody takes their moment in the sun and then kinda disappears for a while and comes back around and gets the light shined on their face again.  But Warped Tour is Warped Tour.  It’s always going to be what it is.  Even though you can pretty much get everything at your fingertips these days, you still have to search for it.  If you want to find good music, different kinds of music, you still have to actively search for it.  I think people do.  I think people look to the internet to tell them what to do.  The internet still has a lot of rad shit on it.  It’s a great way to find new bands.  It’s a great way to find new music.  Things are very highly evolved nowadays, but the core is still the same.  You have to care about what you’re listening to if you really care about music.  You care enough to find out what’s beneath the surface. 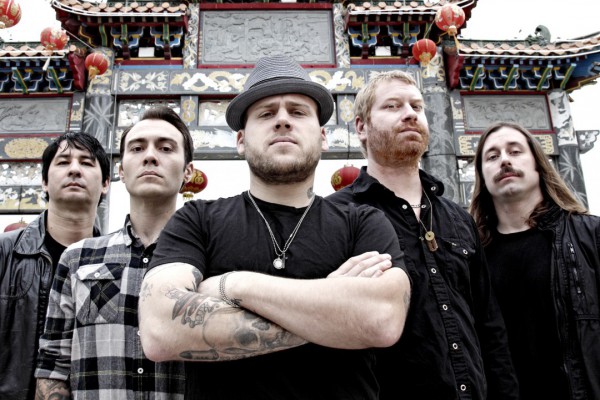 CM: Could you tell me more about touring and recording as El Bronx and how that differs from The Bronx.  I know you do a little more singing.

The Bronx: It’s just a whole different thing.  It kind of balances out The Bronx.  It’s the lighter side of life.  It’s something that we love to do.  It started probably around 2009, somewhere around there.  We just wanted to do something different.  It’s super inspiring to just jump into a different style of music. It felt really good and we ended up making a record and people were kind of blown away by it.  It was a really cool thing and still is.  It’s something that’s near and dear to our hearts.  It’s something that is meant to be.  I think when you have something like The Bronx, you need something to balance it out otherwise you go a little crazy and that’s what El Bronx is.

CM: I heard that you’re a big Dodgers fan.  How awesome would it be if you guys could somehow collaborate with the boys in blue doing the opening pitch or singing the anthem?

The Bronx: Yeah that’d be amazing.  We’ve had a couple things that almost worked out at the stadium like doing the anthem or having El Bronx play in the parking lot for one of the games, but yeah anything we can do with the Dodgers obviously we’re going to try our best to make that happen.  But sometimes scheduling and stuff is always a nightmare.  First things first, I hope they keep playing and we can get that World Series back in LA.

The Bronx: You just kind of stumble upon people who are like-minded and you just kind of end up make things happen together.  It’s always fun playing music with other people especially playing music with friends.  Anytime we get the chance or an opportunity like that, we do it.  We’ve done some pretty cool stuff.  My favorite thing is we did this show in London at the Barbican with this 20-piece full-on all-female mariachi group from Jalisco, Mexico.  That was completely insane.  That was so rad.  That one of the funnest things ever.  That was pretty full-on.  You know anytime we can do shit like that we always jump at the chance.

CM: You must be an expert roadtripper by now.  What do you do to stay busy on the road when you’re not playing and setting up or probably sleeping?

The Bronx: Sleeping is awesome.  You know, we like to hang out in every city.  We have a lot of friends.  We’re fortunate enough to be touring for a while now.  We know a bunch of awesome people all over the world and it’s great to catch up with them and hang out and experience every city and every place we go.  I am stoked on that, that we do that.  We’ve always done that as a band.  We do our best to make sure that we don’t just drive through.  We do our best to enjoy everything and have the coolest experience we can.

CM: What do you do en route from city to city to stay busy?  Anything fun, interesting or strange?

The Bronx:  We had a rap competition yesterday and that was great.  We went to a tiki bar in Houston yesterday.  We listen to music on the bus.  We bullshit each other, we make fun of each other.  It’s hilarious this bus.  We are on tour right now and it just feels really good.  You’re lucky when you get to travel around and play music and talk shit with your friends.  That’s pretty much it.  It’s a fairly easy operation we’ve got here.

CM: What should we expect from this tour?

The Bronx: The band is the best it’s ever been.  We’re playing our asses off right now.  The songs sound great in a set.  The Bronx is at the top of their game.  We’re killing it right now.  I don’t mean that in any sort of egotistical way, I just mean that as someone who’s been playing music for a long time now and who’s been in The Bronx since it started with Joby and then there’s Ken and Brad and now with David, we’re killing it and we’re playing really good and we’re super stoked with how this tour is going.  Come on out and get crazy with us.