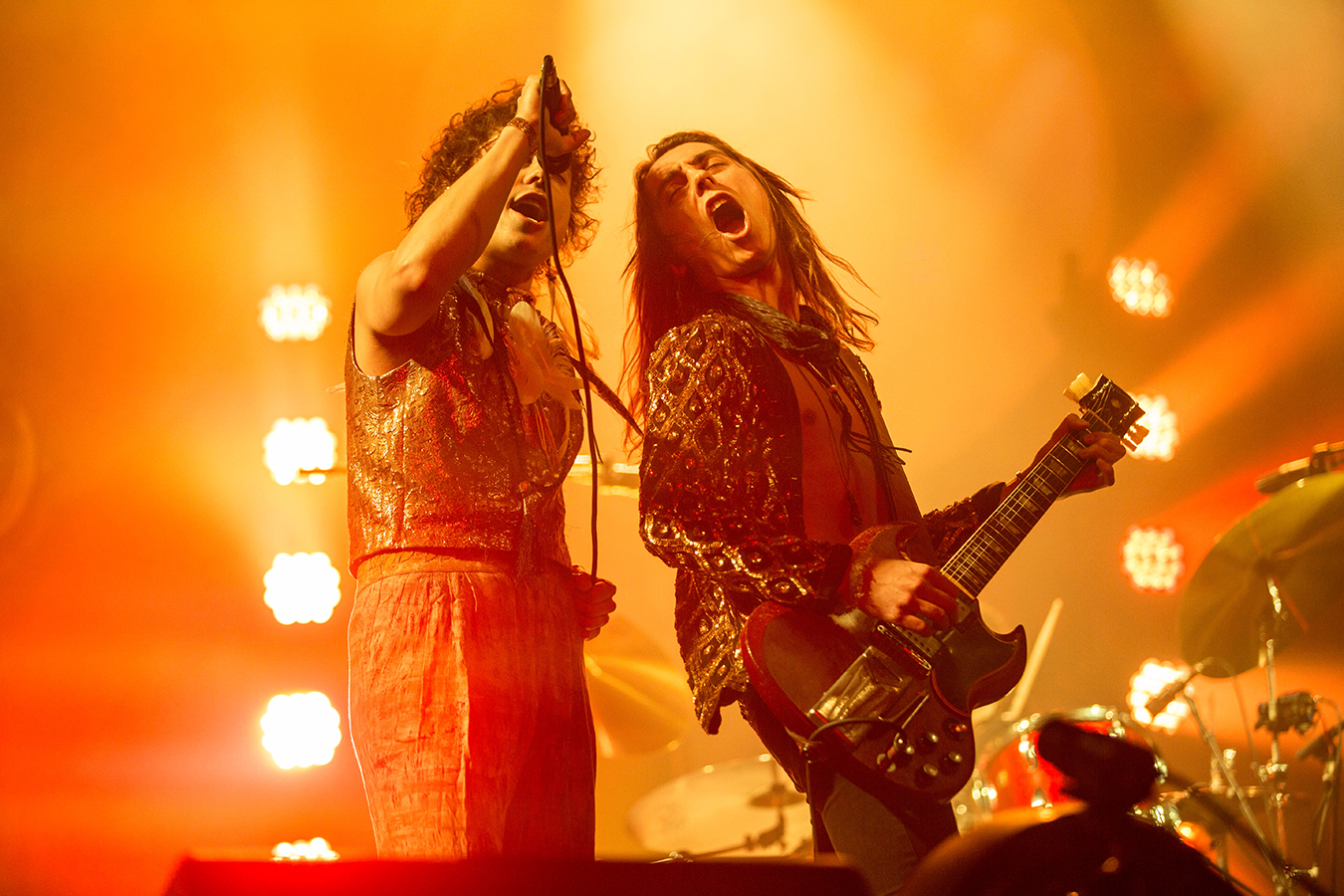 Greta Van Fleet have quickly become a massive success in the industry and giving a new generation a reason to fall in love with Rock N Roll. It’s not with out criticism as well.  Being a band that has burst onto the scene so rapidly, you really want to know more about them and who influenced them. Some who criticize GVF say that they are copying Led Zeppelin, but if you ever go to see them live, you will know that is not the case. Their influences span many legends including Eric Clapton, The Who, The Rolling Stones, and John Lee Hooker.

Nearing the end of their massive 2018 World Tour, they are still getting bigger as each day passes.  Descending on Chicago over the holidays is a gift to many fans here. Tickets sold out immediately and fans who missed out were scrambling to try to get their hands on a ticket anyway they could.

The energy in the Aragon Ballroom on Wednesday was of pure excitement. The crowd consisted of a wide array of fans both young and old.  GVF has successfully bridged the gap of bringing fans of all ages to witness their rise to fame and they are doing it in style. They arrived on stage a bit later than they would have liked due to the fact that getting into the venue was a bit slower than normal with the strict security at the entrance. They were gracious enough to allow most of the fans to make it inside so they would not miss any of their set. Once they began, Greta Van Fleet gave everyone in attendance a show they would not soon forget.

Josh and the guys jumped into their set head first and pumped out a beautiful show. They packed their set with countless heavy hitting tracks. “Safari Song” is an anthem that will have any crowd dancing and grooving while “Black Smoke Rising” will have you singing along with the band. “Flower Power” is much more relaxed with a groovy, acoustic, blues feel that had fans entranced. Greta Van Fleet equally spread their song selections out from their debut album and 2 EP’s.

The biggest highlight of the night was when they closed the first night out with the track that catapulted them to where they are now. “Highway Tune” is heavy hitting and absolutely infectious. Fans went crazy for it and sang their hearts out during it.

Being the first night of 3 they set the bar high for the remainder of their Chicago run.  That isn’t to say that they won’t top night one with another stellar show.  For those going multiple nights, you should be able to hear all of their tracks.  And who knows, they may even bust out some of the tracks they are working on for their upcoming new album.

No matter what your feelings are for this band, they are here to stay and have no intention to go anywhere anytime soon.  With a new album planned for 2019 and another massive tour with festivals, arenas, and amphitheaters planned…. they are only going to get bigger. Their stage presence reminds so many of the great rock n roll acts of the past and they are ushering in a new generation to a genre that has been struggling to keep its identity for almost a decade now.  They are the new guard and they are doing it right. Greta Van Fleet is going to be one of the main faces of Rock N Roll in the years to come.

And if you are living in the Midwest, you still have time to see these guys in Chicago or when they close out their 2018 world tour in Detroit for one more 3 night run.  Don’t miss them if you have the chance.