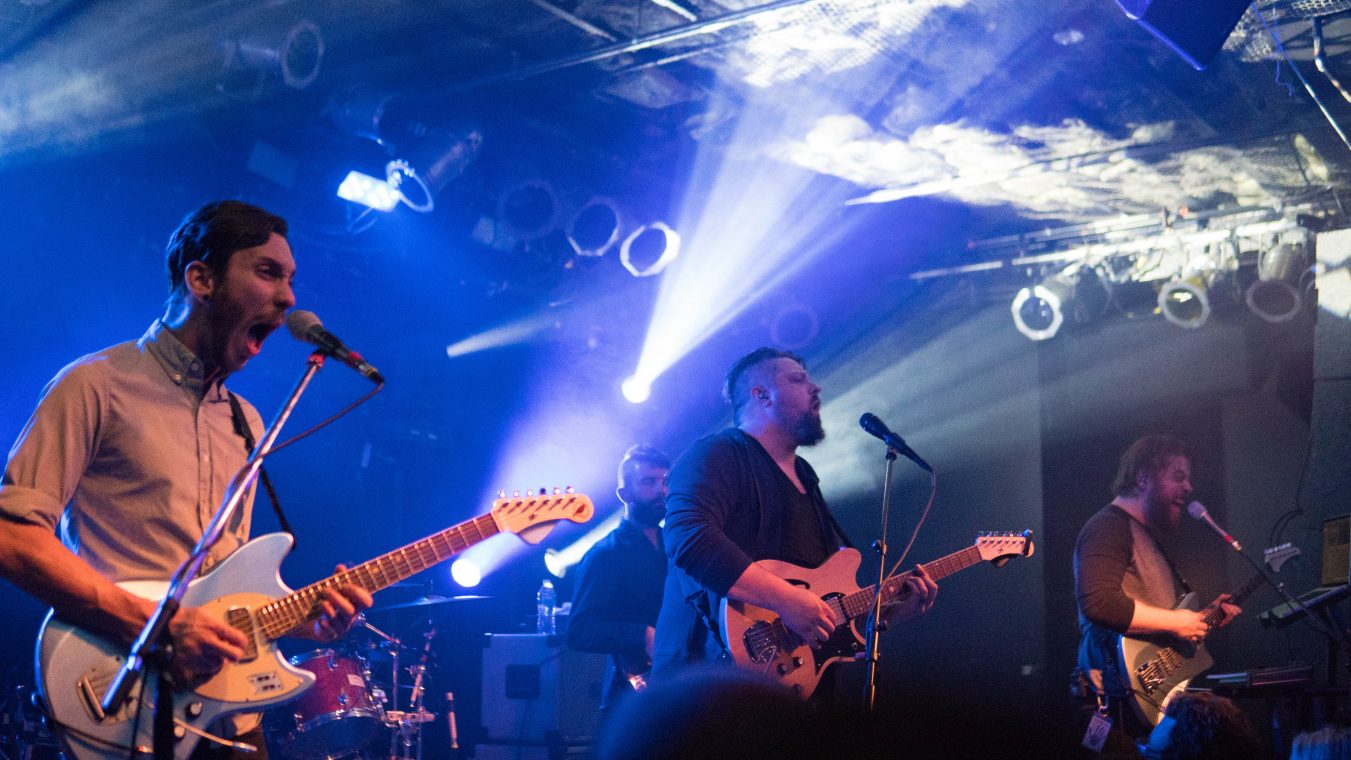 Having only caught the headlining set for this sold out show, I was delighted to find my way about 3 people in from the front of the stage.   It seems that the month of December has been a big reunion month for bands of the early aughts returning with either new music or album anniversary shows.  Right in line with many of the bands associated with this scene, their onstage banter was on point, keeping things conversational and mostly funny as they transitioned between songs.

Singer/guitarist/ founder of The Dear Hunter Casey Crescenzo took center stage, with Maxwell Tousseaua dn Robert Parr on guitars/keys/backing vocals on either side of him.  With the smaller stage, keyboardist and backing vocalist Gavin Castleton had his larger configuration of instruments set up behind a wall of speakers with only a small bit of his lower half peeking through.  The band joked about Gavin hiding behind the speakers chilling out with a CD player playing his parts on his lap.

Towards the middle of their set, they played a somber 12-minute section they referred to as “two tracks, three songs, one really long thing,” otherwise known as The Bitter Suite 1, 2, and 3.  Very appreciative of their fans, they dedicated one of their songs to a fan who had recently passed away.  “We went to the houses of people who’d become our friends over touring and asked them about what they wanted song to be about and recorded the songs instrumentally. [This is] a big love and thank you letter to every one of you.”

In what seems to be another trend with some of these older bands, they refused to play an encore.  “We’re not a fan of encores. We’re not going to pretend to go offstage and come back. We have two more songs.”  They ended with “King of Swords (Reversed),” which had a bit of a Ghostbusters type of ’80s party vibe to it, closing the night with the highest-energy song of the set.

With their discography consisting mostly of editions to a six-part concept album series, it was interesting hearing so many songs taken out of their intended context.  As the first time seeing them since Coachella 2012, it was refreshing to witness a set consisting of so much music that was new to me, but still remained true to their original sound and feel.  The set had a satisfying combination of darker, slower epics and other more uplifting tunes full of vocal gymnastics and faster-paced beats.  The only complaint I had was that their set was not longer.