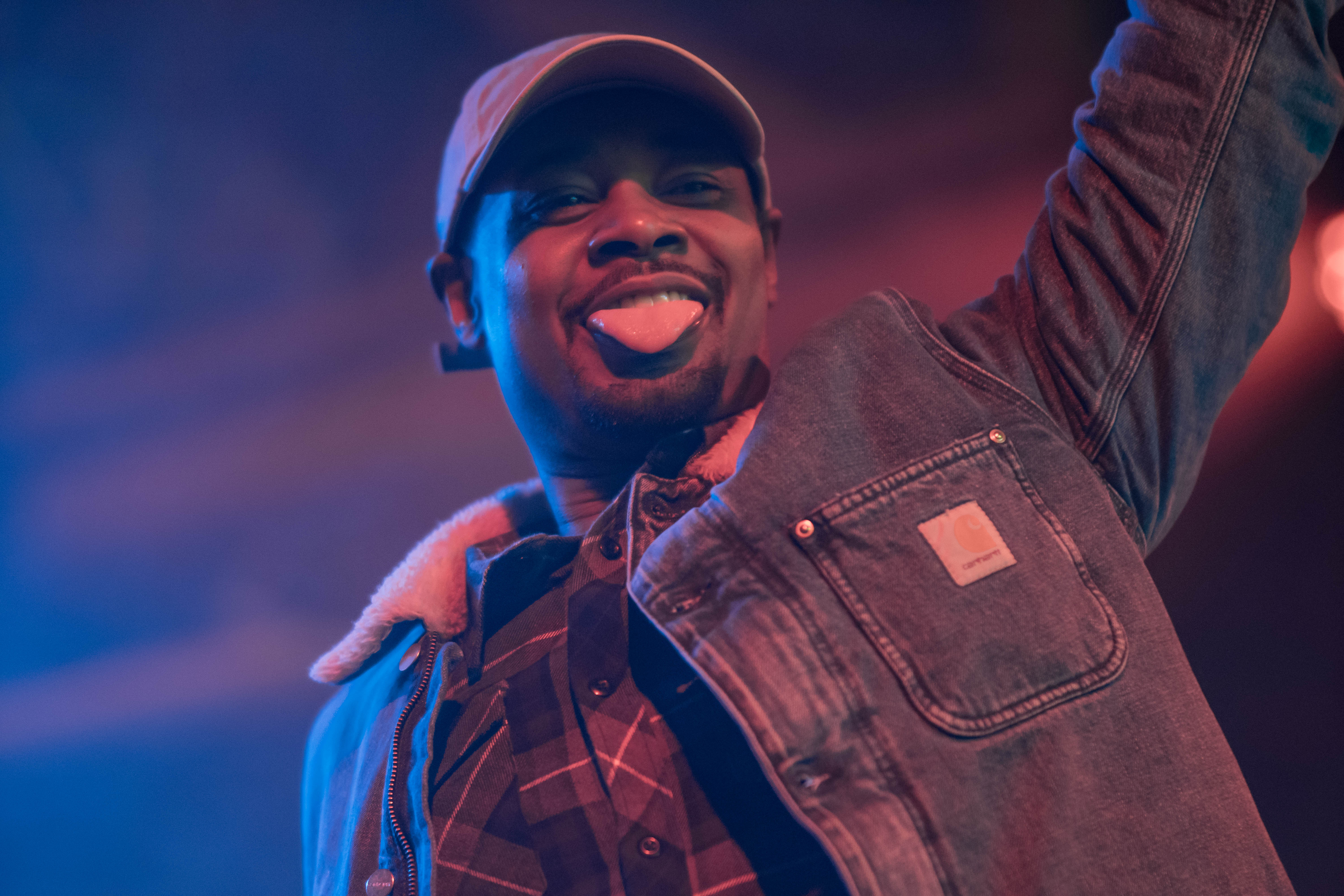 Last night, Goose Island wrapped up their 312 Week with a closing 312 Day performance with Danny Brown, Joey Purp, and frequent partner House of Vans.  The week of free or cheap events started with a screening of Ferris Bueller’s Day Off and included a series of cheap concerts, climbing and yoga at Brooklyn Boulders, a Bulls game, free entry to the Museum of Contemporary Art, and ping pong at AceBounce.

Chicago local Joey Purp hit the stage and got the energy going early, sending hands bobbing in the air for “Photobooth” and “Money & Bitches.”  He performed a smattering of songs from his album iiiDrops, including”Morning Sex” and  “Cornerstore,” a song about the city that shaped who he is today.  The only thing missing from his set was his big hit “Girls @.”

Blasting Black Sabbath’s “Iron Man” as his entry song, Danny Brown made a hyped up entrance and managed to the keep the energy going until the comical end to his set.  This man is a treasure.  Danny Brown’s cartoon-like rapping voice, comical-sounding rap voice is amusing enough to listen to on repeat on your headphones.  His live show dials up that humor without even trying.  While his voice alone is a treat to listen to, the man clearly enjoys what he is doing and has no qualms about having fun and not giving a f*ck on-stage.  The night’s headliner got the crowd bouncing for high-energy crowd pleasers “Dip,” ” Really Doe,” “Ain’t It Funny,” Smokin & Drinkin” and slowed it back down for “Grown Up.”  Brown, ever the goofball, spent his time between rapidly spitting out rhymes playfully sticking his tongue out and jumping around the stage in  Gumby-esque running man type of movement.

After ending his set, he returned to the stage to rant about people being gluten-free.  “If you know anyone who’s gluten-free, tell them to suck my d*ck… Don’t suck my d*ck, I got in trouble for that,” he he announced before getting the story straight on the infamously lewd on-stage incident that happened a few years back.  If this Detroit rapper ever wants a career change, he can most certainly make it as a comic with his big personality, vivid descriptions, and hilarious gestures.