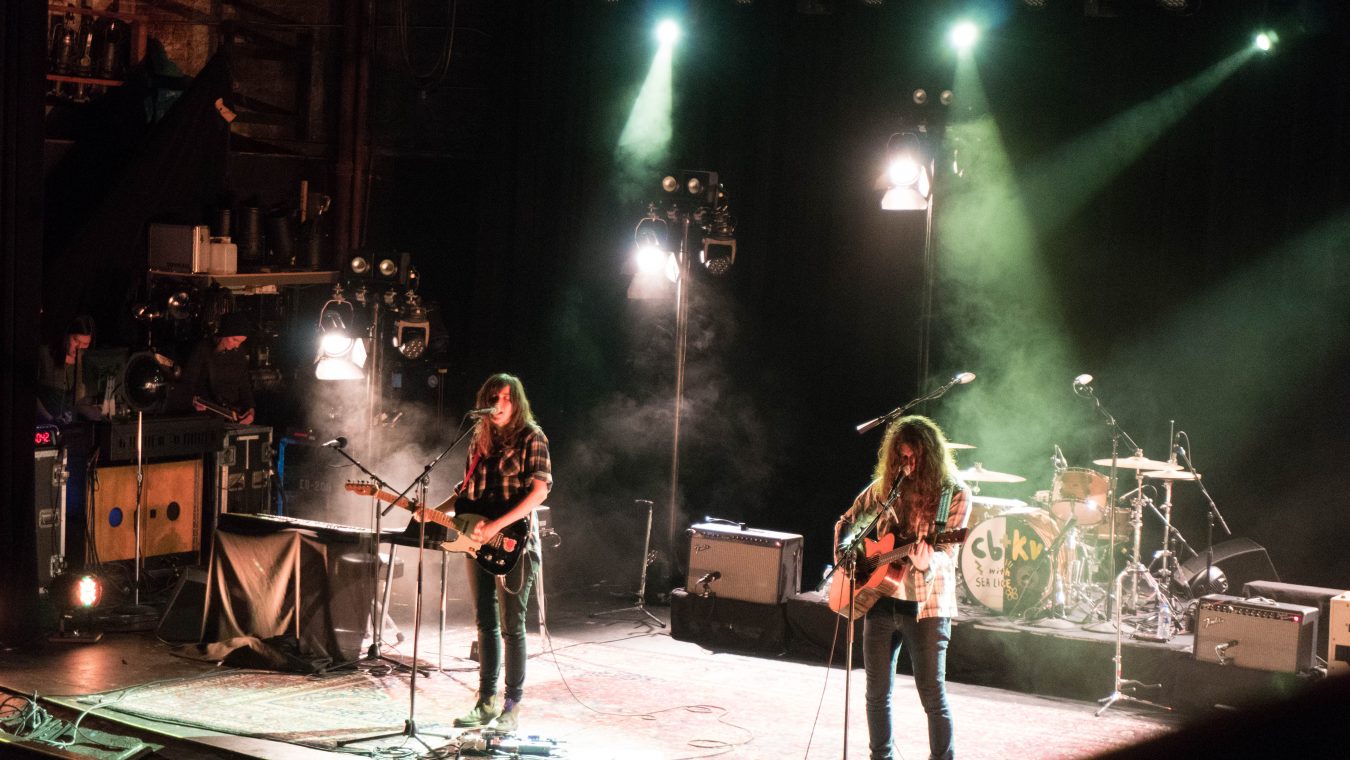 This past Friday, Courtney Barnett and Kurt Vile joined forces for the second of their three highly anticipated collaboration shows in Chicago.  The sold out show filled up Thalia Hall with a slightly older, calmer crowd.  This was one of those shows where the the performers’ energy really mirrored that of the crowd.  The relatively chill crowd livened up with shouts of “Courtney” and “I love you Courtney!”

While Kurt Vile remained fairly subdued, almost hiding behind a cascade of curly brown hair, Courtney Barnett maintained a much more lively stage presence.  Vile’s laid back, minimal-movement performance found him as a close satellite to his microphone.  Barnett spent a lot of the set, shifting around the stage bobbing her head just enough to send her mid-length hair in nearly all 360 degrees by the end of the set.   Her garage-rock swagger was so much more apparent  with a direct comparison to Vile’s shoe gaze-esque stage presence.  The on-stage duo, backed by a bassist, keyboardist, and drummer who all seemed to be very happy to be onstage.  The first song of their encore found Barnett and Vile on the stage without their backing band.  For these few minutes alone, the two were spotlighted center stage jamming out together before.  It was during this stretch that Vile came to life, interacting more with his tour partner.  This show was great for super fans, but slightly less exciting for those with only a base knowledge of their artists’ catalogs of works.