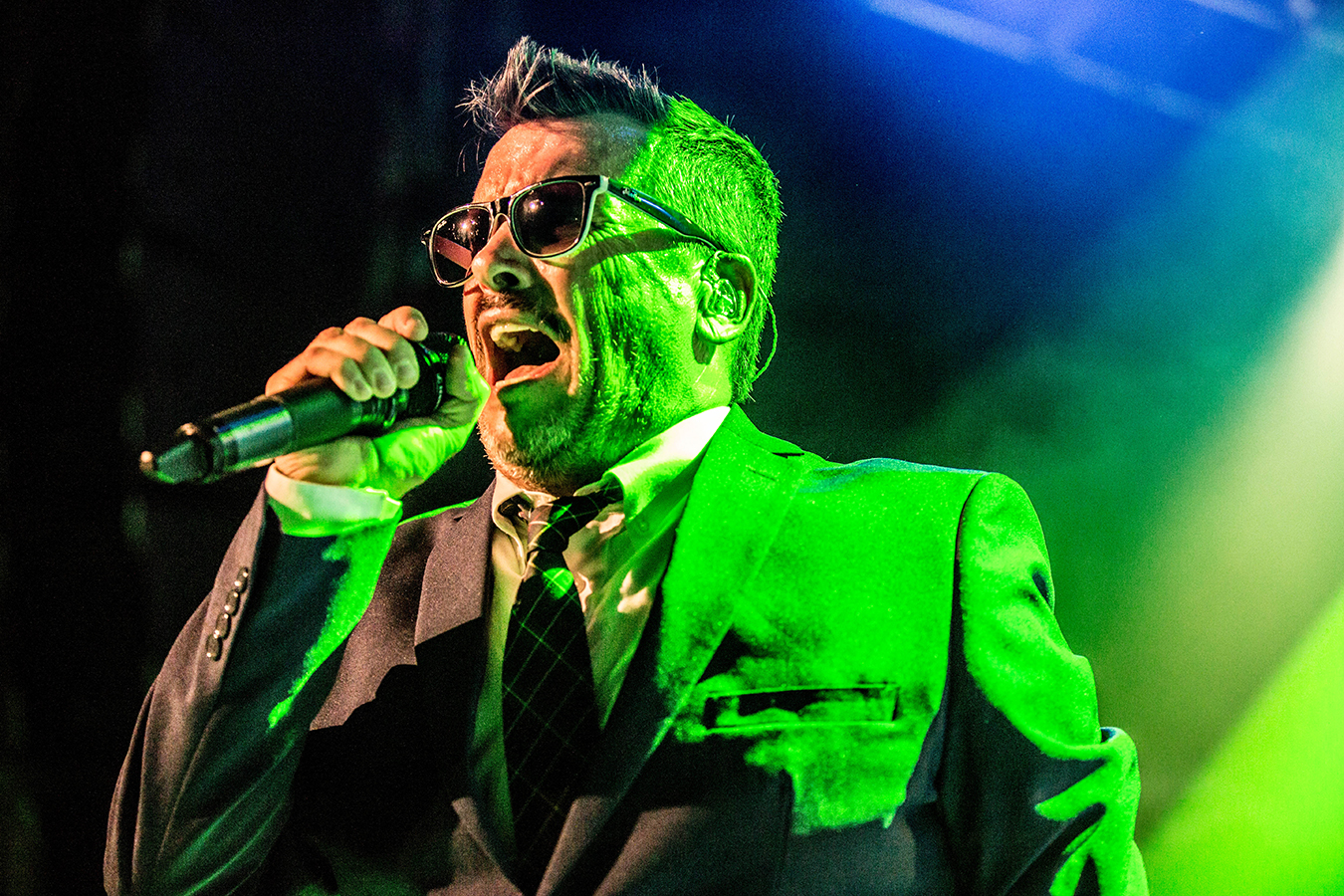 With Riot Fest only a few weeks away, getting a punk/ska show in to prepare is not a bad idea.  And what better way than with seeing one of the bands that were one of the highlights of last year’s Riot Fest, The Mighty Mighty Bosstones. For their current tour, its in support of their new album, While We’re At It. They also brought along two great opening acts.  The Crombies, who hail from right here in Chicago, and Mustard Plug from Grand Rapids Michigan.

The Crombies are a band that has been around for quite sometime and are extremely talented.  They put on a rousing set for everyone who made it to the show early. Dave Simon, guitarist, hammed it up for the crowd throughout the set.  Having an absolute blast on stage, he and Mike Park, lead singer, gave fans quite a show. “Blood and Fire”, “Hooligans”, and “Plastic Gangster” were the highlights of their set.  These guys are worth seeing if you get a chance to catch them at a club around the city. They are playing over the next month at Cobra Lounge on the 30th, Beat Kitchen Sept. 7th and Reggies Sept. 28th.

Mustard Plug returned to the House of Blues after 18 years and they made the most of it. Dave Kirchgessner and Colin Clive are the 2 original members and they were so happy to be back performing at HoB. They brought out a setlist of their hits from over the years to fire up the crowd.  During their set the crowd really started to liven up with a mosh pit beginning to form. Many in the crowd reliving their younger days and what it meant to be rebellious and live freely. Playing songs like “You”, “Hit Me! Hit Me!”, Mr. Smiley, the Fugazi cover “Waiting Room”, it was great to see these guys live after all of these years.  Be on the lookout for them to make their way back to Chicago.

The Mighty Mighty Bosstones returned after their memorable “This Is It” set at Riot Fest last year and just at the right time to get you ready for this year’s Riot Fest. Dicky Barrett and company put on a hell of a show playing countless hits and showcasing tracks from their new album ‘While We’re At It’. For many, this was a show that brought back so much of what made the 90’s and 2000’s so great. To witness these guys on stage is quite impressive.  There is so much going on all at once that it can be a lot to take in. Besides Dicky, easily the most noticeable member is the Bosstone himself Ben Carr.  Most people refer to him as the dancing guy, but he also does backing vocals and percussion and is the band’s tour manager. He is one of the most integral members of the group. Rounding out the rest of the group are Tim Burton, Joe Gittleman, Joe Sirois, Leon Silva, Lawrence Katz, and Chris Rhodes.

Hearing songs like “The Rascal King”, “Someday I Suppose”, “Don’t Worry Desmond Dekker”, and “The Impression That I Get” made for some of the greatest memories of the night.  The biggest of the night though was when Dicky and the guys brought this little girl Autumn up on stage and she in turn brought her father Paul, who is a HUGE fan, up on stage where she and her dad got to dance on stage with the band.  It was a really touching moment that made you realize just how great the Bosstones are to their fans.  They had a blast just watching the elation of the father/daughter moment.

After all these years The Bosstones are still just as relevant as they were in the 90’s and they show that ska music will not go away and should still be embraced in this ever changing music industry. Honestly if you want a night out to just let loose and party, make sure to see if these bands are playing near you and get a ticket to the show. The Bosstones may be a bit more difficult to see with Dicky pulling double duty being the band leader and announcer for Jimmy Kimmel and helming the Bosstones.

Enjoy the photos below the setlists.