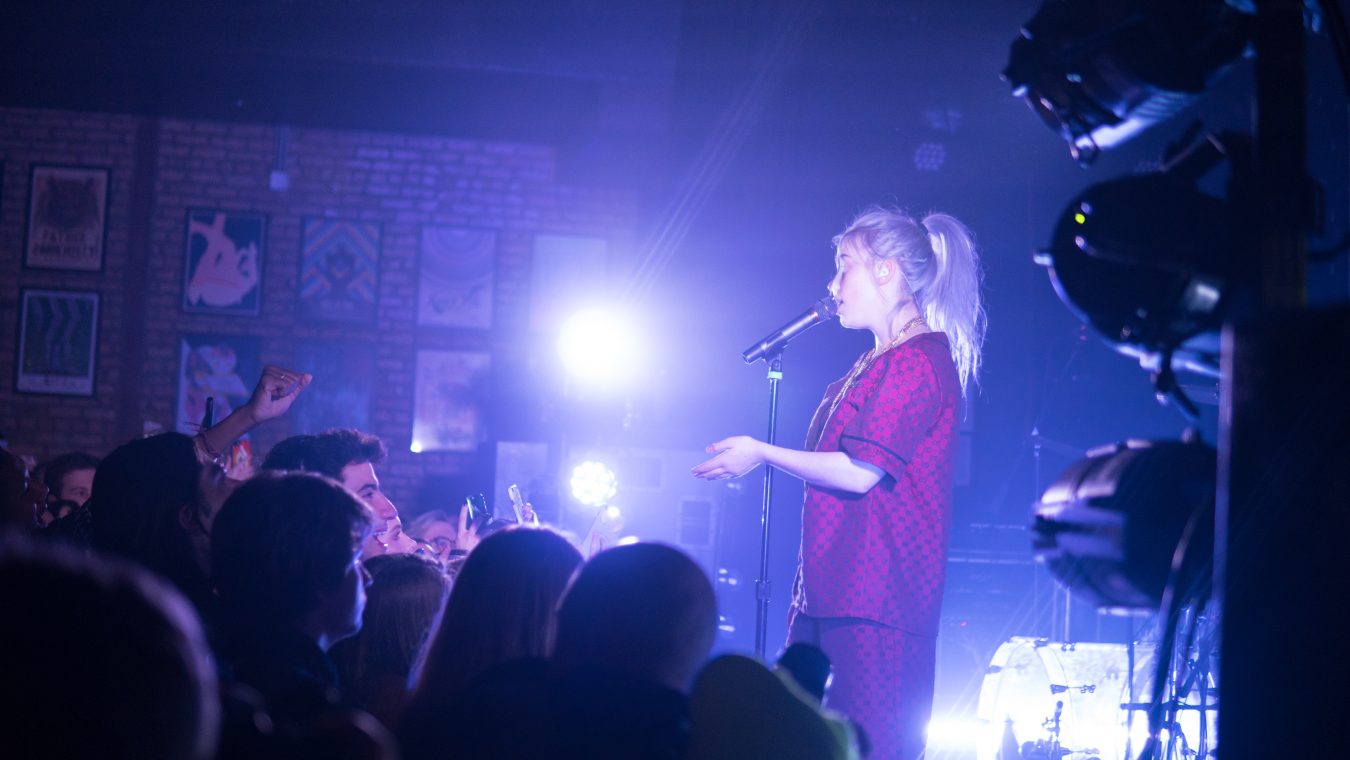 I never would’ve thought that I would someday be in my early thirties fangirling over a sixteen year old girl.  Having seen my second Billie Eilish show in less than six months, I’m pumped to tell the world about her.  With the ethereal voice of an angel combined with venue-shaking heavy beats, Billie Eilish’s unique sound perfectly melds electronic R&B beats with catchy pop vocals that are soulful rather than saccharine.  While she looks and sounds like a songstress with at least ten more years of life experience to call her own, the strikingly attractive teen commands a stage presence most adult female performers still haven’t nailed–and she does it without being over-sexualized.  She graced the stage wearing a 90’s-inspired outfit consisting of a matching baggy button-up tee and knee-length shorts  reminiscent of a chopped-off version of TLC’s famous silky matching pajama outfits a la “Creep.”

Billie made quite the entrance.  As the venue dimmed, her brother Finneas and other bandmate emerged in matching white jumpsuits and neon bandanas covering their mouths.  With the onset of heavy bass, the spotlight illuminated these two men holding bright pink guns as adoring fans readied their cell phones to catch the opening shots of their beloved headliner.  As they waited the intro music kicked in, the toy guns made it rain Billie money, paving the way for her theatrical entrance.  The girl knows how to put on a show.  Billie–who is also a dancer–makes full use of the entire stage, dancing around and giving equal amounts of love to fans pressing themselves as close to the stage as uncomfortably possible.  She punctuated all this movement by sprinkling slower songs throughout her set, allowed the energy to ebb and flow between bass-heavy bangers and sweet, but dark slow tunes.  About midway through her set, she brought out the ukulele for her cover of Drake’s “Hotline Bling,” apologizing midway through one of the lines for burping through a couple of the lyrics.

Billie Eilish is basically a unicorn.  With her silver gray locks, grayish blue abyss of a gaze, angelic voice and graceful flurry of dance moves, she is force to be reckoned with onstage.  To add to that, she brings a sense of realness and approachability by remaining vulnerable with her openness about difficulty with self-love and loneliness on the road.  She was so grateful to have her best friend on the road and shined the spotlight on her brother Finneas, who frequently co-writes and produces many of her songs.  By the time her Lollapalooza set comes around this summer, she’s going to be a much bigger act and deservedly so.  Keep an eye out for her and catch her while you can at more intimate venues.